Commotion along Okpe Road in Sapele, Delta State on Sunday as a young man (who his alleged to be a yahoo-boy) reportedly runs mad after withdrawing from the ATM , he was said to have being temporarily mad following his abnormal behaviour. 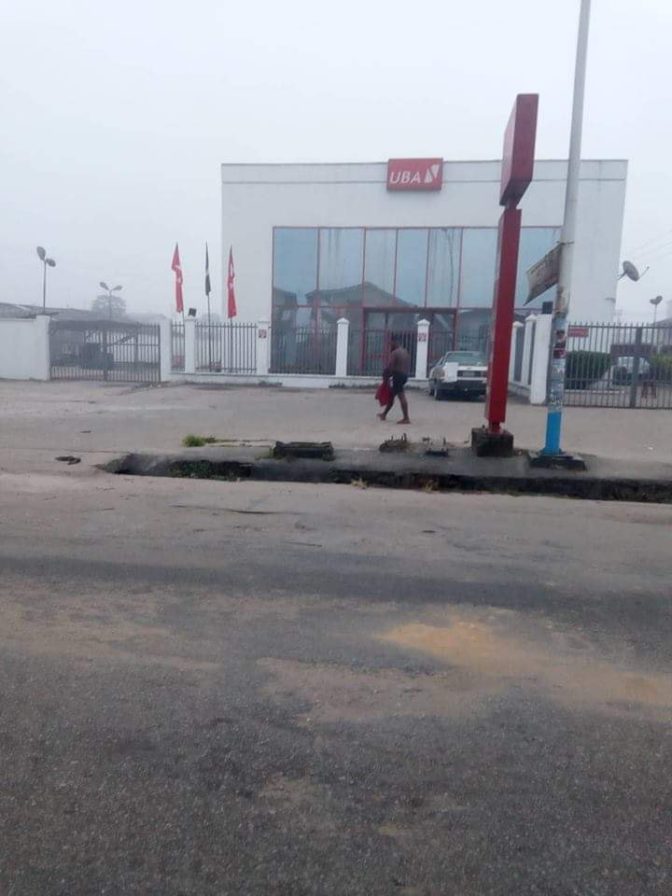 The 28 year old boy, Jeffrey Otite, came on a motorcycle that morning, he walked into the ATM box before he started shouting on top of his voice.

The young man was said to have pulled his clothes while talking gibberish.

The incident which happened along Okpe road by Akintola witnessed a massive crowd as early as 6.30am.

The crowd was said to have broken into scream of “Ghana Burger!” Ghana Burger!” another name for Yahoo boys, while clapping along the chanting.

Jeffrey, who is rumoured to be sick, was later tied up by good Samaritans before his relatives took him away in a blue Toyota Camry. 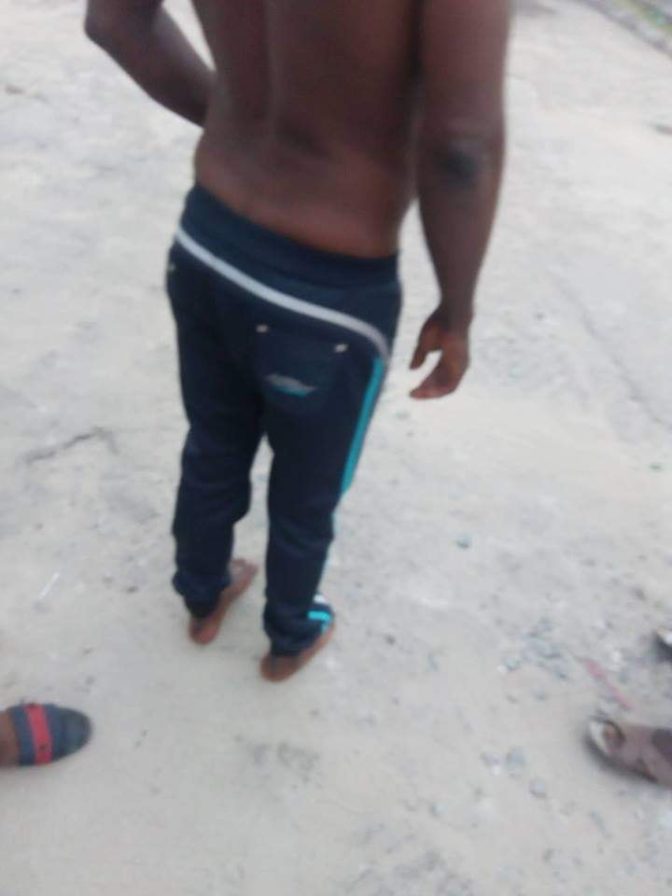 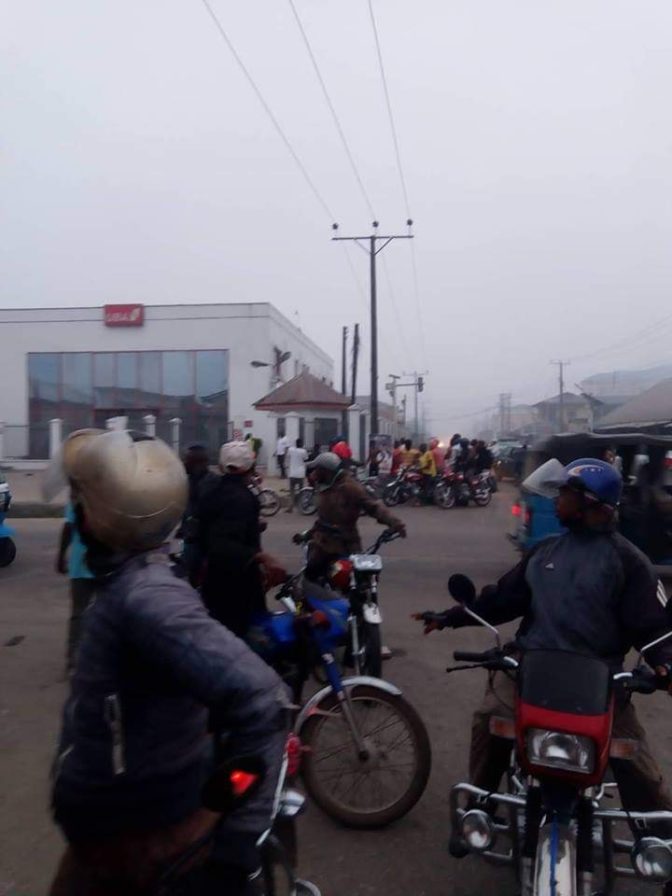