This young lovers have incurred wrath of online users after sharing a controversial and awkward picture of both of them together. 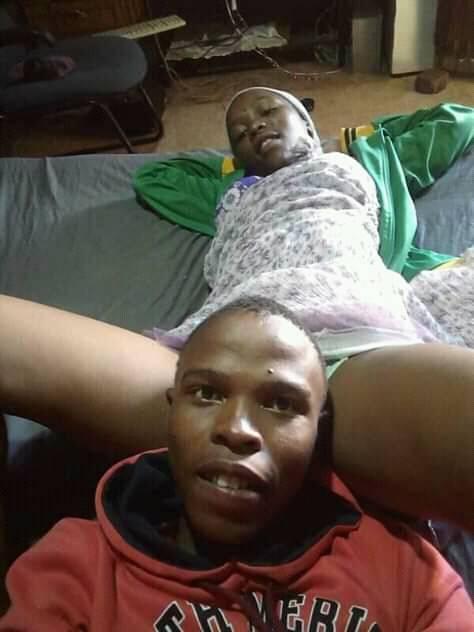 The young man who placed his head strategically in between his lady’s legs as he posed for a selfie in bed – posted the picture in a Facebook group as he publicly declared love for his partner.

The picture earned him a lot of criticisms and backlash from internet users who blasted him for making their private affair, public.

Not being deterred by the backlash, the young man posted more intimate pictures of himself and his lady together, with claims that he will definitely marry her.