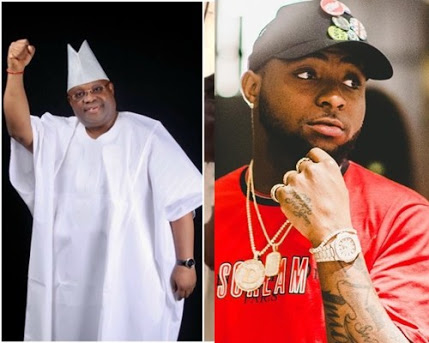 Peoples Democratic Party (PDP) gubernatorial candidate in the last Osun state election, Ademola Adeleke, who is an uncle to multi award winning Nigerian musician, David Adeleke, challenged the victory of the All Progressive Congress candidate, Fatai Oyetola, who was declared as the winner of the election in an election tribunal yesterday.

However, there was wild drama at the hearing when APC witnesses made contradictory statement against the testimonies that had made earlier before the court.

Davido who has been vocal in the political scene since his uncle contested for Osun state governorship seat then took to his Twitter  handle.