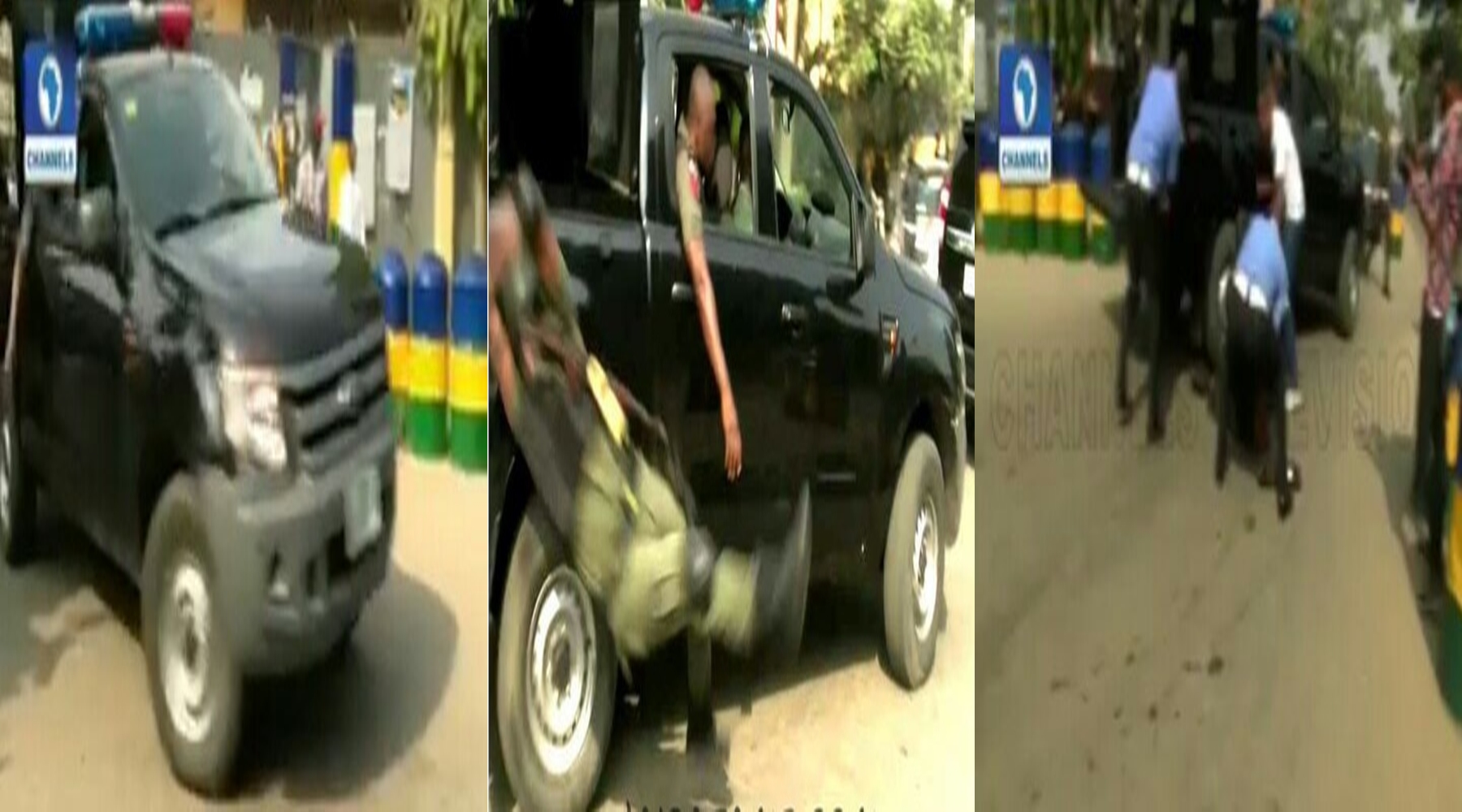 Police officer fell off a moving patrol van while jubilating on Tuesday in Lagos State.

According to Channels Television, the incident occurred on the premises of the Lagos State Police Command Headquarters in Ikeja area of the state.

It was gathered by Channels Television that the police officer was among the personnel on the convoy of the Commissioner of Police, Mr Edgal Imohimi.

While others fired gunshots in the air, he fell off the vehicle and the driver of the van ran over one of his legs.

The officer was, thereafter, taken to the hospital for medical attention.