Is Nicki Minaj pregnant already? Is the question making the rounds on twitter after the rapper claimed she has chosen names for her baby. 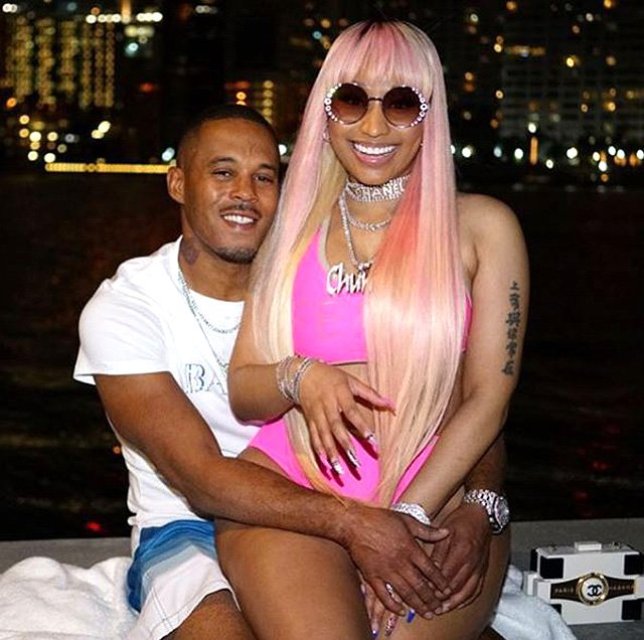 And now, after ringing in the New Year, the Starships singer has set tongues wagging with baby rumours.

After a fan tweeted to declare that they had a ‘couple suggestions for baby names, just putting that out there,’ she replied with:

‘We already chose them babe. Lol but thx.’ 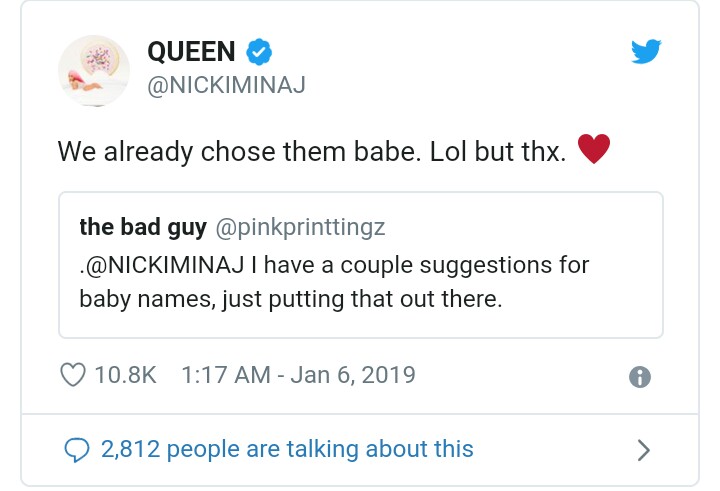 Now, of course, Nicki and Kenneth could just be forward thinkers or Barbie is trying to drop a hint, but social media is legit convinced a baby is on the way.

One user on Twitter declared that they’ve always had an inkling, as they posted:

‘I knew that pickle juice was a sign.’ Another just wanted the full details: ‘How far are u gon sis?’

Share
Facebook
Twitter
WhatsApp
Previous articlePhysically challenged lady ties the knot with her lover in Imo State (Photos)
Next articleVIDEO: I am not President Buhari’s niece or his cousin – Amina Zakari
- Advertisement -