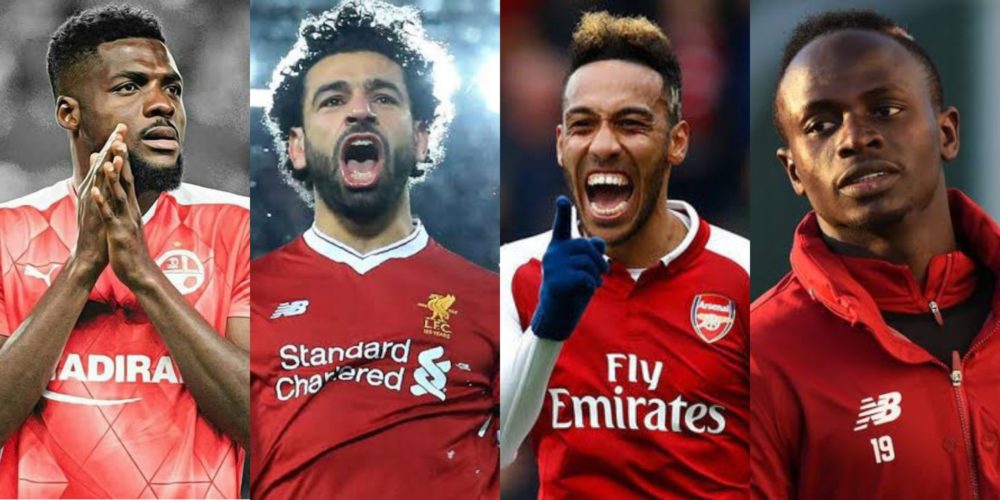 The Confederation of African Football, CAF yesterday announced the Africa Best XI for 2018 in Dakar, Senegal. 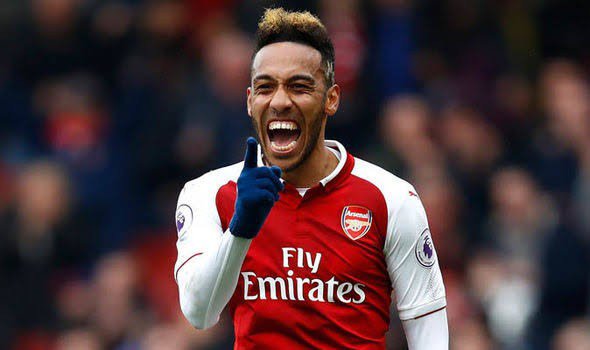 No Nigerian player made it into the Africa Best XI for 2018. The English Premium League dominated the team with 7 players leaving the Italian Serie A with just two spot and one for the Spanish La Liga. 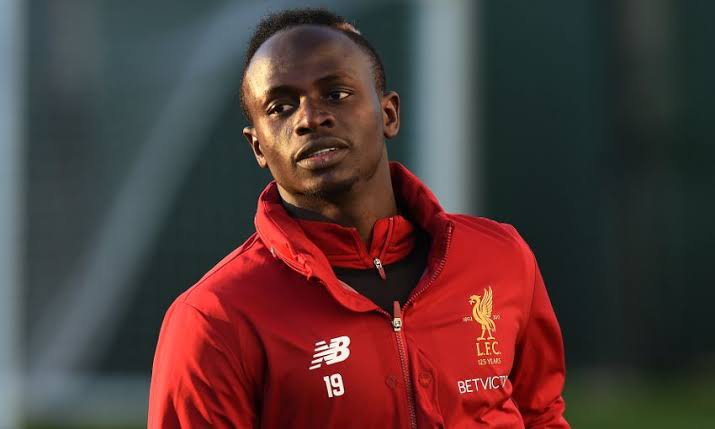 The only African club represented on the list was Mamelodi Sundowns of South Africa where Ugandan goalkeeper Denis Onyango plays. 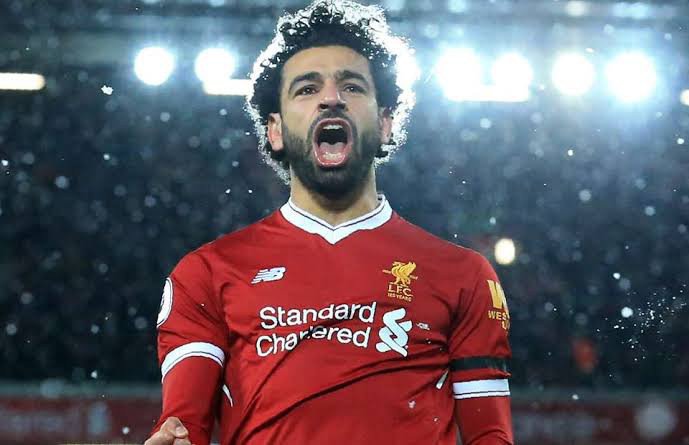 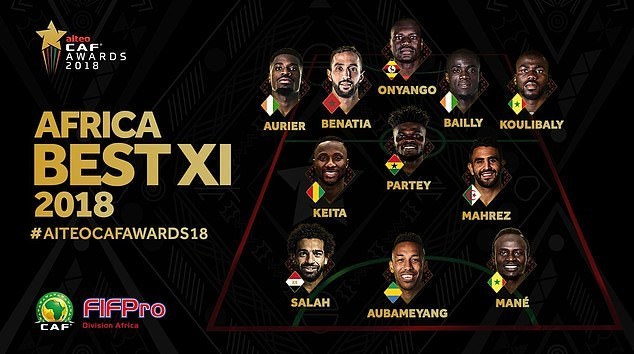 Reacting to the news, Super Eagles midfielder John Ogu criticized the Confederation of African Football (CAF) after Nigeria missed out on Africa Best XI for 2018. 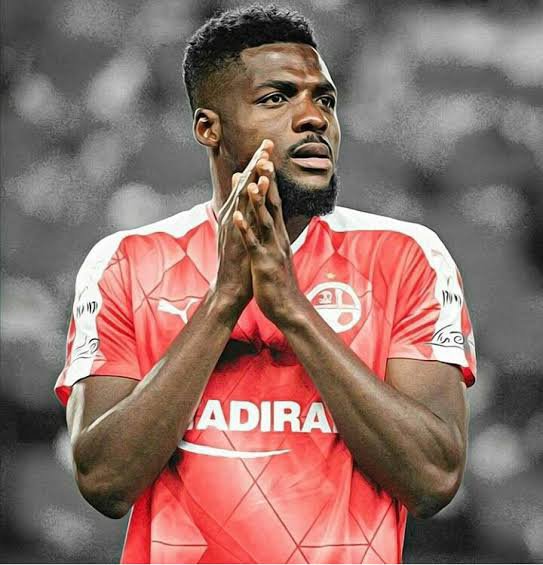 Ogu who plays for Hapoel Be’er Sheva in Israel took to his official Twitter account to criticise the list in a series of tweets and insisted that his teammates Wilfred Ndidi who plays for Leicester City and William Troost-Ekong who plays for Udinese should have been on the list.

“Sorry to say this but @Ndidi25 should be here . My own opinion. Guys in that position didn’t do more than him.” 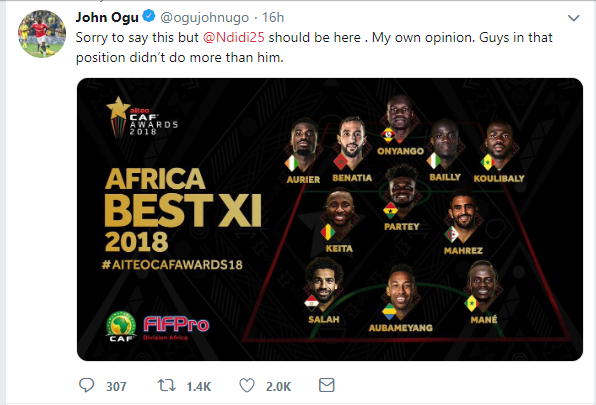 John also went to state that Medhi Benatia of Morocco and Ivory Coast’s Serge Aurier shouldn’t have been on the list because they are not even regular starters for their clubs.

He wrote, “Benatia, Aurier are not even regulars for their clubs . But what do I know . @Ndidi25 , @WTroostEkong , we are both proud of you two . Forward ever.”

The defensive midfielder also explained why Ndidi and Ekong should have been on the team of the year. 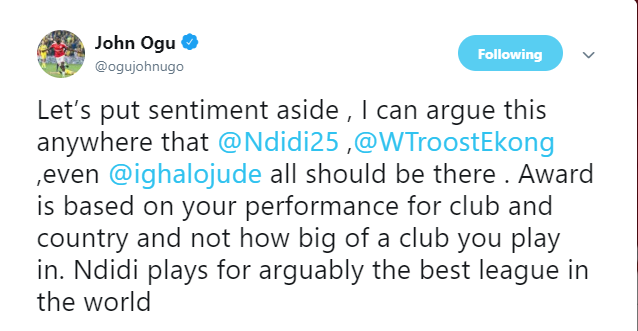 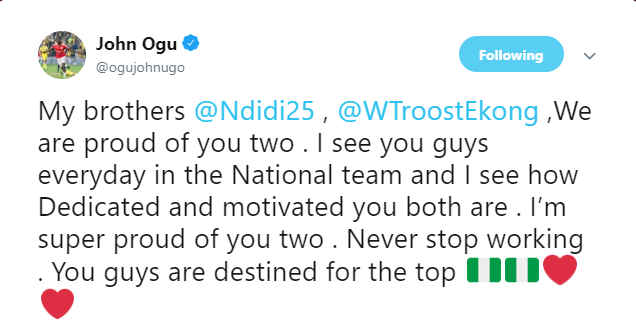