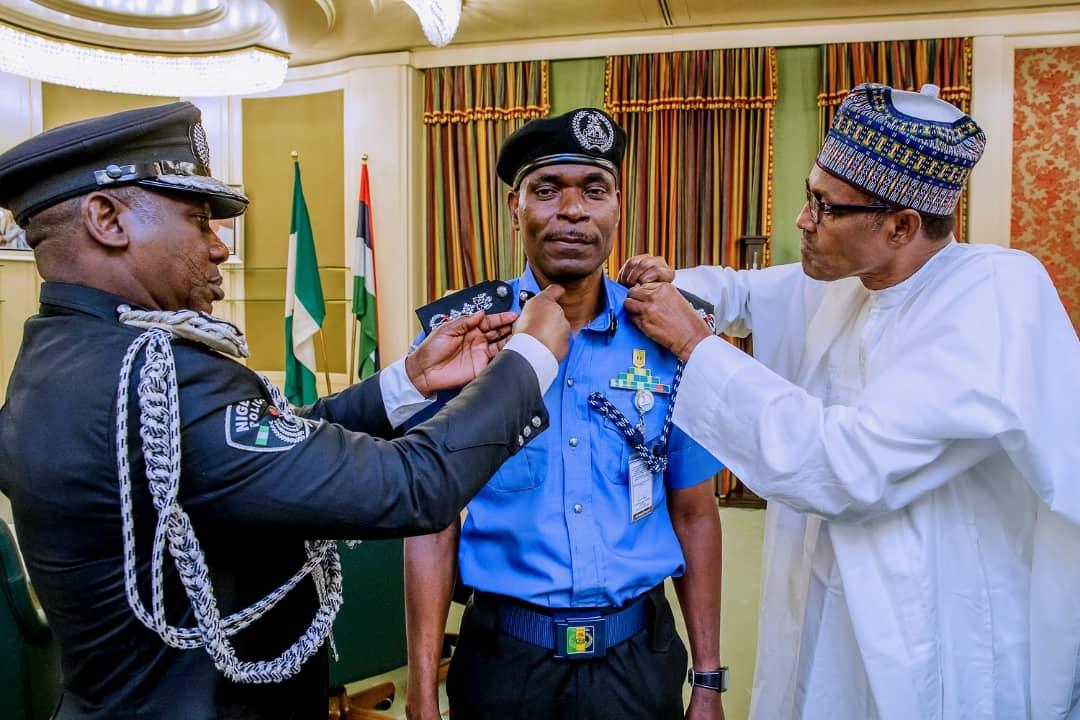 Adamu was decorated by the President and Commander-in-Chief of the Armed Forces, President Muhammadu Buhari, at the State House, Abuja earlier on.

Idris, retired today from service of the Police Force at the age of Sixty (60) Years.

In a statement signed by Moshood Jimoh, the outgoing IGP “deeply thanked the President and Commander-in-Chief of the Armed Forces, Federal Republic of Nigeria for the opportunity given to him to serve under his administration as Inspector General of Police. He also sincerely expresses gratitude to all Nigerians across the Country for the cooperation and support they accorded him and the entire personnel of the Force during his tenure.

Idris, further asked that the same level of support and assistance, he enjoyed should be givento his successor.

Quick facts about the new IGP

The Acting IGP Adamu, is from Lafia in Nasarawa State. He holds and a holds a Bachelors degree  in Geography. He joined the police force on 1st February, 1986 as Cadet Assistant Superintendent of Police.

He attended several Senior Officer Courses on Law Enforcement, Crime Prevention, Control and Management within and outside Nigeria. Before his appointment as the Acting Inspector General of Police, he was a Directing Staff at the National Institute for Policy and Strategic Studies (NIPSS), Kuru, Jos, Plateau State.

He was Commissioner of Police in Ekiti and Enugu States and also Assistant Inspector General of Police in charge of Zone 5 Police Command Headquarters, Benin, Edo States.