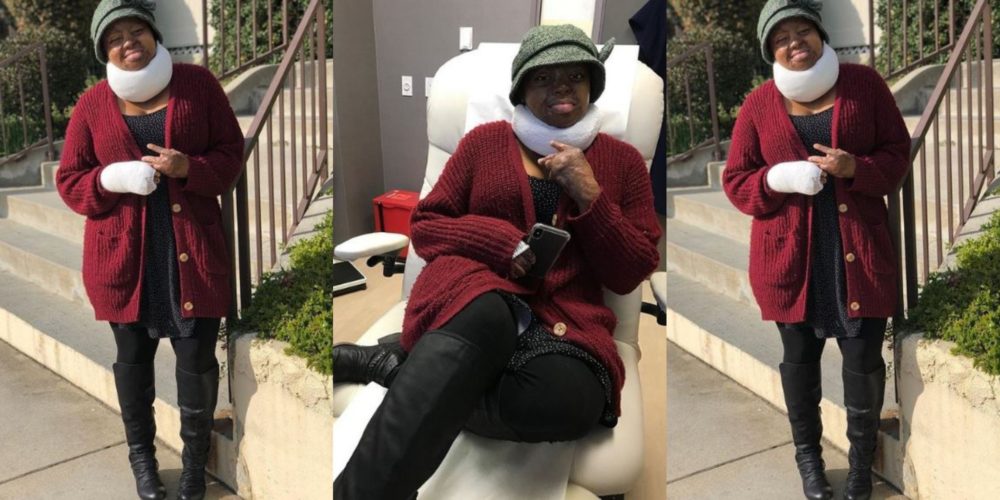 Sosoliso plane crash survivor and Nigerian singer, Kechi Okwuchi has undergone another surgery, this time in her neck. 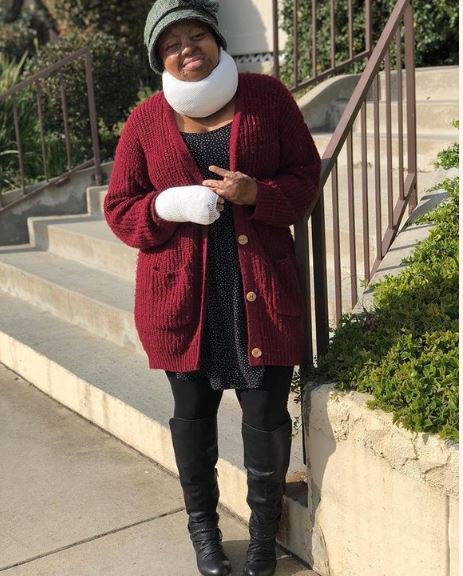 Kechi Okwuchi revealed she went for another surgery on Tuesday 8th of January 2019. 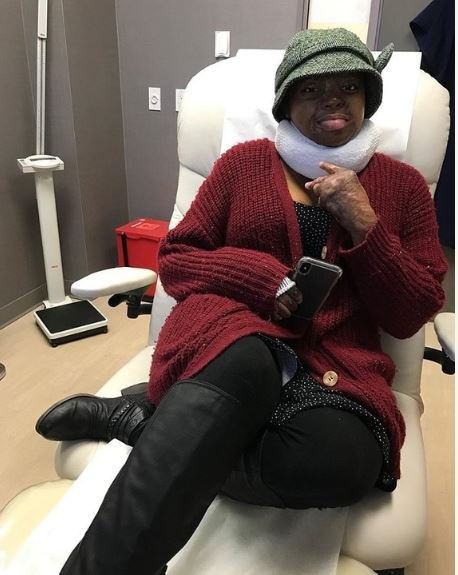 “I had surgery this past Tuesday guys, so I’ve been off the grid for a bit.I had a full thickness skin graft, which is basically cutting viable skin from one part of the body and pasting it elsewhere, in this case, my neck. The goal is to release tension caused by heavy scarring in my neck ..anyway! Day 3 post op and I’m feeling stronger already so I thank God!” 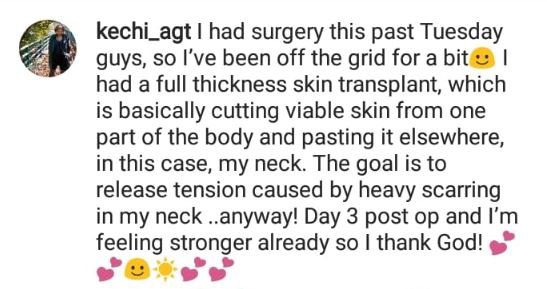 Kechi Okwuchi is a Nigerian-American singer and motivational speaker. She was one of the two survivors in the Sosoliso Airlines Flight 1145 crash on December 10, 2005 and a finalist at the twelfth season of America’s Got Talent in 2017. She had undergone so many surgeries after the plane crash.

On January 1st, Kechi Okwuchi, her mother and sister danced into the new year in style.