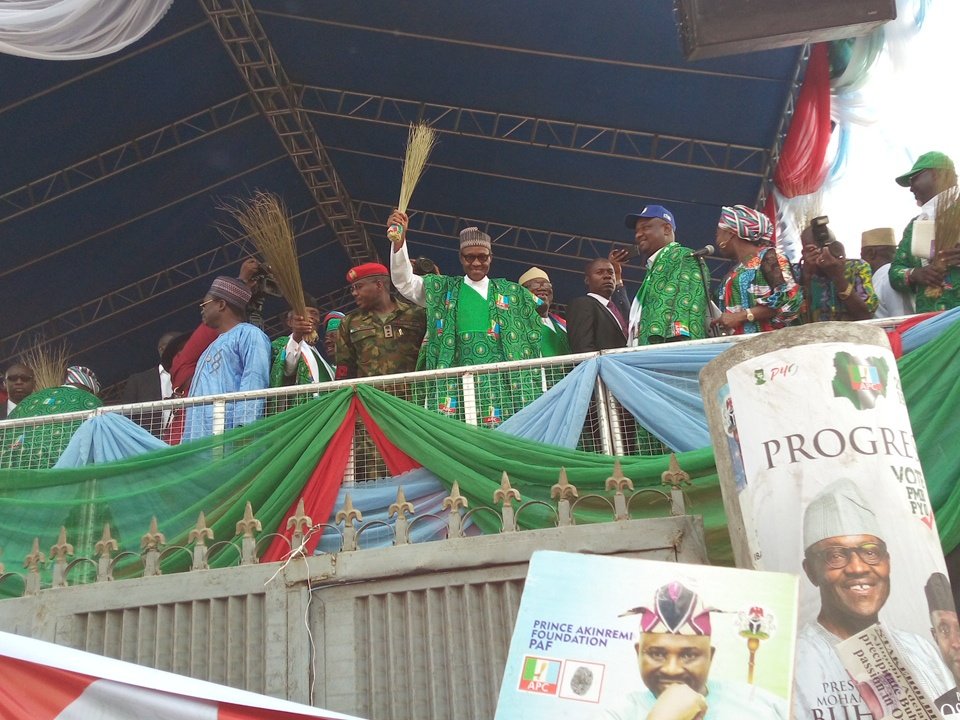 President Muhammadu Buhari’s campaign train was at Oyo state earlier today before moving on to Osun syate as the quest for votes soliciting continues ahead of the forthcoming election next month.

Buhari who is seeking a second term in office witness a huge turn out of crowd at the campaign rally with this prompting Nigerians to conclude that the South West belongs to the rulling All Progressive Party(APC).

This Oyo rally is the bomb! The yorubas love their son. But Ifeanyi in aba will tell you Atiku will win southwest…#PMBInOyo pic.twitter.com/JlIU4KbZhl