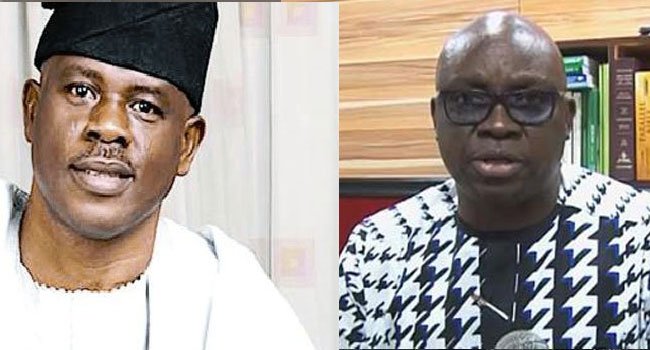 APC chieftain, Musiliu Obanikoro, who was a former minister of state for defence, yesterday told a federal high court in Lagos how he gave the sum of $5 million to the immediate past governor of Ekiti state, Ayodele Fayose, three days to the 2014 Ekiti guber polls in his hotel room in Ado-Ekiti.

Obanikoro who was equally a former PDP chieftain before he decamped to the rulling APC, made this disclosure while appearing as a fifth prosecution witness for the Economic and Financial Crimes Commission, EFCC, yesterday.

Nigerians have to this end been on social media dropping their view on the above subject matter.

Only yesterday it was revealed how fayose got $5m from money meant to procure ammunitions… Same environment Oshinbajo is being insulted for taking resources to downtrodden masses.. Heaven won't forgive elites that have mortgaged future of yet unborn