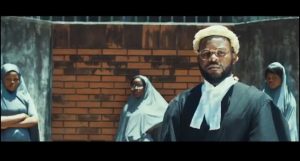 Lawyer turned rapper, Folarin Falana, otherwise known as falz the bad guy has set the new year rolling with the release of a new album titled ‘Moral Instruction’. The album which is currently enjoying public acceptance from Nigerian addresses key social and economical issue going on in the country.

This has sparked a reaction from popular social media commentator, JJ Omojuwa.

Falz is taking on an issue that could literally cost him everything. Being human, you won’t agree with everything he says but to make it about what you disagree with while ignoring what you agree with is to be deceptive. You probably don’t really care about anything!