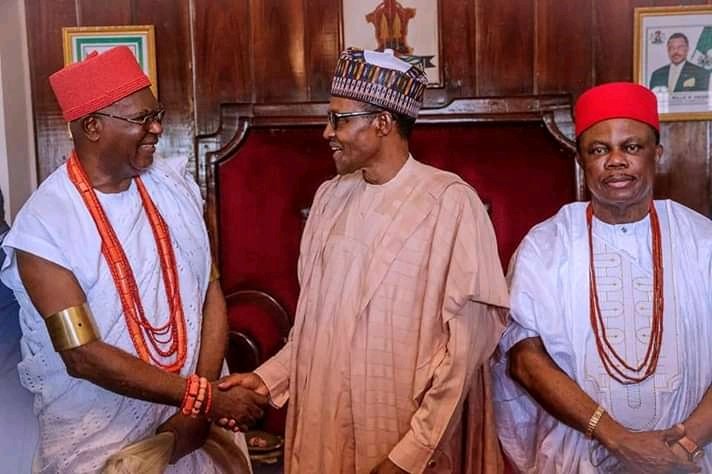 President Muhammadu Buhari’s campaign train was at Anambra today to solicit for their votes as he seek re-election under All Progressive Party(APC) in the forthcoming election scheduled for next month. He equally commissioned the Zik Mausoleum in Anambra State today 23 years after Nnamdi Azikiwe’s death as a part of his visit to the state.

His visit to the states has however generated reactions from Nigerian as they claimed that the venue for the campaign witness a low turn out.

Our so called Igbo leaders couldn’t ask @MBuhariwhy he didn’t appoint any Igbo person in the security council.