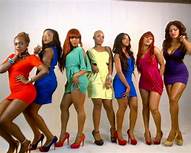 Nigerian rapper Falz has started a huge conversation and debate on social media about ‘transactional sex’, after the released of his latest works.

The rapper has been criticised for trying to be a judge on how anyone chooses to do use their body. However, the rapper has hit back saying the opinion is his and that is his stand.

However Ozzy Etomi, a feminist popular on Twitter says men only dislike runs girl because men think sex is freely owed to them. She noted that men feel very deeply insecure “when it comes to their financial standing, and knowing that most runs babes would never glance twice at their parched pockets makes them build a deep resentment to these women.”

The only reason men dislike runs girls is because men think sex is freely owed to them. They resent that women can place a premium on their vaginas because they hate women & associate their sexual autonomy to worthlessness & think only a man can legitimize her sexual agency

Men are deeply insecure when it comes to their financial standing, and knowing that most runs babes would never glance twice at their parched pockets makes them build a deep resentment to these women that have deemed them unworthy to f*ck.

Though most relationships are transactional (taking out on dates, buying gifts, etc) men HATE to date at their “level”. Therefore they develop a deep stan like admiration/jealousy for rich men while developing hatred for women who let them know they’re out of their league.

Men like this also resent the ease at which women can access these powerful and rich men that they jerk off to daily, and think they are more worthy to be in the presence of their idols and benefit from their generosity. You can imagine the annoyance, dears.

Men like this do not believe women have value. Therefore the thought of a woman placing any type of value on herself is deeply offensive to them. Yet, watch this man get his money up and think he deserves to upgrade to “premium” as fast as his legs can carry him.

I’ve forgotten what its called, but this complex has a name. It’s the reason when a man gets money, instead of dating the women that have always liked him, he desires to date the type of women that have previously rejected him. Look at athlete & entertainers wives. Shikena.