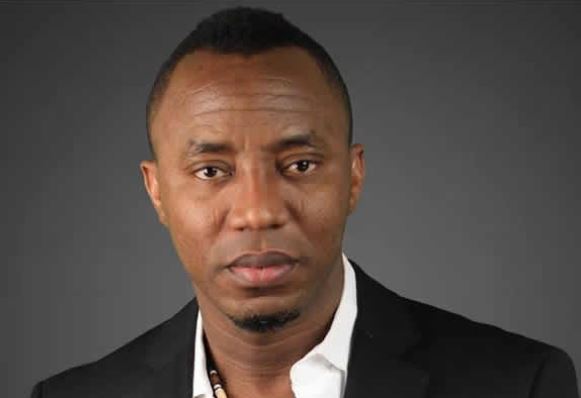 This was made  known by Ojajuni in a press statement signed by him and his campaign team in Lagos on Thursday, according to Sahara Reporters.

He stated that Sowore remains the best man for the job, judging by the candidates who are currently in the race – and as such was ready to work with Sowore to take Nigeria to its promised land.

“I stepped down because we want to create alternatives for PDP and APC and also to encourage other political parties to join Omoyele Sowore, because he has what it takes to take Nigeria to glory and move the country forward, so as to bring the dignity of the country back,” Ojajuni said.

“The party leaders are aware and they are fully in support of my decision. Alliance for Democracy (AD) is a well structured party; 85 per cent are with me and they are ready to back me up,2 he added.

According to him, is only motive for adopting Sowore is because Nigeria needs a candidate with integrity and credibility that would serve the interest of Nigerians.

“I’m not one of those youth that will support a party because of money. If I want money, I would have supported either APC or PDP. I can’t support those two parties because they are the ones that have looted the whole economy.

“It is only in Nigeria a 40-year-old man will still be living in his father’s house and lots of graduates are roaming the streets without jobs. The same set of leaders that have been ruling us for the past 60 years are still the ones ruling. How can someone who is 85 years old want to determine my life at 40?

“We are not desperate for money, position or power. We are just desperate to take Nigerians from poverty and to take this country back from the looters who have plundered the economy to dryness. I believe in the integrity of Omoyele Sowore and that the youth can do it.”

“I’m assuring the party of over four million votes across the country. I now use this medium to urge every youth to come out on February 16 to support Omoyele Sowore, because I really believe in him and the party.”