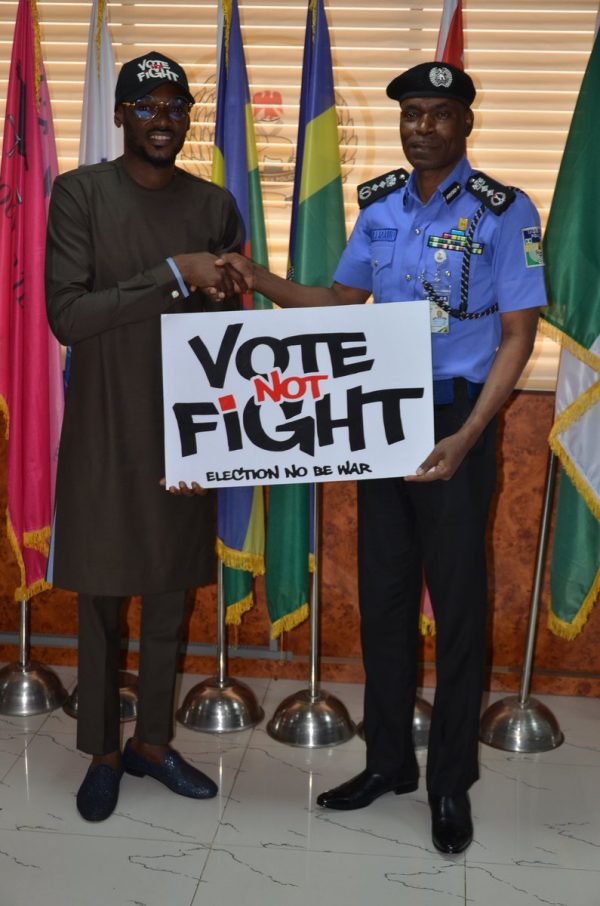 Nigerian music star, Innocent Idibia aka 2Baba has made some demands to the police as regarding the soon to be conducted elections.

Speaking on behalf of Nigerian youths under the auspices of the #VoteNotFight campaign made the following demands from the Police:

Fairness to all and sundry

Police should be fair to all political parties without any form of bias in the discharge of their responsibilities before, during and after the election day.

Police should promptly arrest and prosecute all electoral offenders including political actors and elected officials without immunity.

Police should provide adequate security during the voting process and do not allow ballot boxes and other election materials to be hijacked by politicians or hired political thugs.

Police personnel must be taught to be civil

Police should train officers to be civil and allow every voter to exercise its constitutional rights without any form of intimidation or restriction during the election.

Police should work closely with the Independent National Electoral Commission (INEC) to ensure a rapid response to distress calls by voters, election officials and election observers.