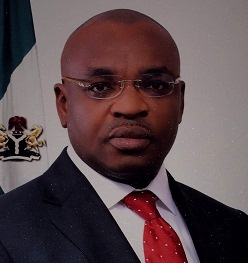 Akwa Ibom state governor, Emmanuel Udom, achieved a remarkable feat in aviation following the launch of ”Ibom” line by his administration yesterday. The airline kicked off operation yesterday with 3 aircraft to become the first state in Nigeria to have three aircraft for commercial purpose.

Emmanuel Udom while reacting via his Twitter handle shared that his state not only launched the new airline, they also achieved a remarkable feat in the construction of the second airport runway.

We’ve recorded remarkable achievements in the aviation sector, some of which include,construction of a 2nd Airport Runway,upgrade of Airport main runway to category 2 (CAT 2 Certification),constr. of a new Commercial Building Term.& installation of full runway lighting. #IbomAir pic.twitter.com/IAGvhncF6a