The executive governor of Ogun State, Senator Ibikunle Amosun (APC) has won the election to represent the people of Ogun Central Senatorial District.  He got 88,110 votes to defeat his closest challenger Solomon Sanyaolu of the Peoples Democratic Party who had 33,276 votes.

Governor Amosun is returning to the Senate after serving as governor for two terms. He joins a long list of former governors going back to the Red Chamber. 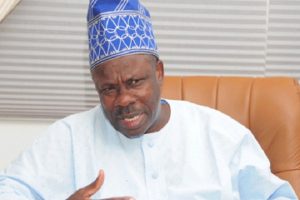