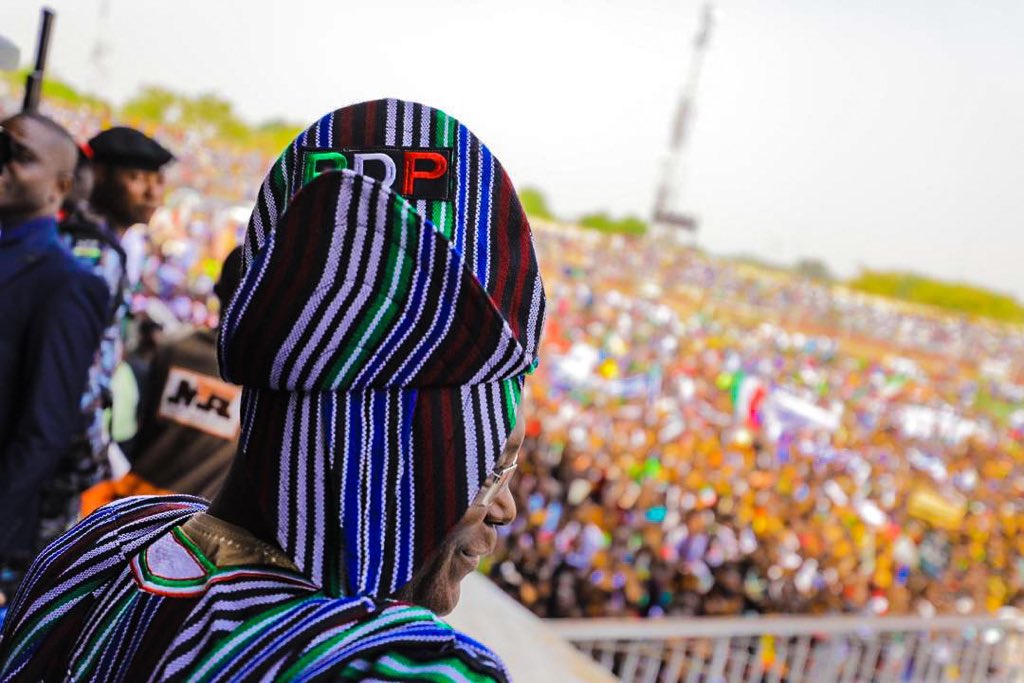 Peoples Democratic Party(PDP) presidential candidate, Atiku Abubakar, was at Benue state today to solicit for votes ahead of the forthcoming presidential election scheduled for nextweek Saturday.

The former Vice President who was clad in the traditional attire of Benue(Tiv, Idoma &Igede) met with the leaders of the Hausa community in the state after meeting with Benue residents.

The meeting was perceived as a peace move between the Hausa community and the indigene of the state owing to the volatile nature of the state.

Atiku at the end of meeting revealed that his priority for the state is job and security of lives and properties.

Thank you the great people of Benue State for choosing PDP. Our key priority remains JOBS and safety for all lives and property. On February 16, come out, vote and protect your vote, and together we will get Nigeria working again. #PDPBenueRally #LetsGetNigeriaWorkingAgain pic.twitter.com/cIZSi0SrBE

Share
Facebook
Twitter
WhatsApp
Previous articleBlack Chyna Goes Completely Unclad In A New Picture(Photos)
Next articleBroom is the symbol of witchcraft – Fani Kayode reacts to giant broom erection in Abuja by APC
- Advertisement -Ad ==> Discover how a young Nigerian graduate now makes a consistent 40k per week doing a legitimate online business. You too can start yours now, click here!!!