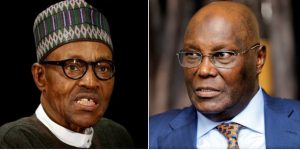 Amidst the growing security tension in the country, APC and PDP supporters clashed in Atakumosa East Local Government area in Osun State.

According to reports, the clash lasted for three days between the quarrelling parties and this led to the destruction of properties and several have been left injured.

Among the casualty of the violence was a minor, who was shot. The 11-year- girl who sustained gunshot wound had already been taken to the Obafemi Awolowo University Teaching Hospital for medical attention. The other injured persons are also receiving medical treatment.

The police have confirmed the story and have warned politicians from causing violence and unrest within the state.

Shortly after meeting with other security personnel, the Commissioner of Police in the state, Abiodun Ige, told reporters on Monday that investigation was ongoing to ascertain the cause of the mayhem. She also assured the people of the community of bringing the perpetrators of the incident to justice.