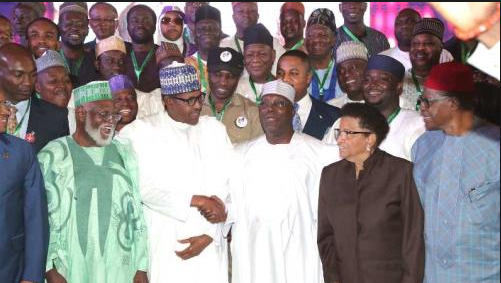 On Tuesday, 19th of February 2019, the Peoples Democratic Party held its 84th emergency meeting in Abuja.

This is coming a day after the ruling All Progressives Congress held a caucus meeting to re-strategise in Abuja.

In attendance at the PDP National Executive Council meeting were, the party chairman Uche Secondus, the presidential candidate of the party, Alhaji Atiku Abubakar, the Senate President, Senator Bukola Saraki and a host of others.

At the event, PDP leaders condemned the postponement of the election and accused the APC of colluding with INEC.

This reaction comes a day after the APC chairman, Adams Oshiomole accused the Inec chairman, Professor Yakubu Mahmoud of being influenced in his decision by the members of PDP.

INEC continues to refute claims that the institution decision was influenced by any political party.