Honourable Abdulmunmini Jibrin-Kofa, has been arrested by the Polics Command in Kano State following the clash between APC and PDP supporters in Bebeji local government area on Thursday February 21 2019. He has been arrested alongside other political leaders in the area for questioning.

According to reports, two people lost their lives, while several properties were destroyed. 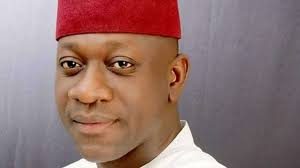