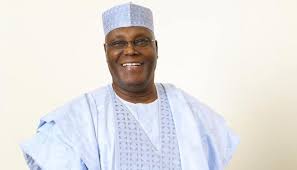 Udoka noted that Atiku is not the messiah Nigerians want, but it would be the better of the four regimes witnessed during the 4th republic so far. The prophet said God revealed to him that Atiku had a clear path to victory.

God told me that any man that would want to stop Atiku from entering will go down and might not witness Atiku’s celebration of victory,”the cleric said. “We have prayed against violence during the elections. I talked about conflict earlier but I know that God has taken control. When the election was going on, it was not favouring APC. I saw a different thing altogether. It was not free and fair. But children of God have prayed against that. I am not a full time minister but God has shown me so much love and grace,” he said.

This is coming on the back of the rescheduled 2019 presidential election.