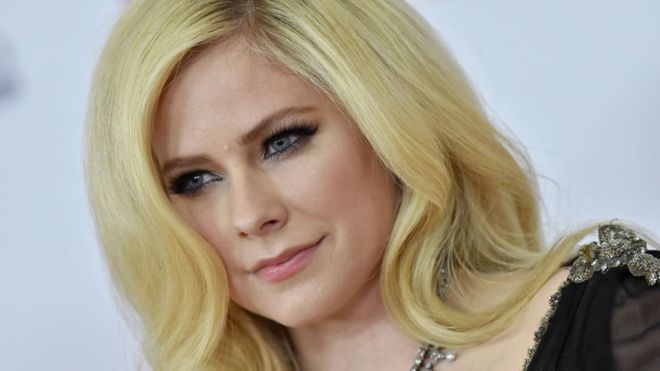 Singer Avril Lavigne has debunked false claims that she is a clone.

In a recent interview with Entertainment Weekly, the Canadian singer slammed claims that she died years ago and has now been replaced by a clone.

‘more like that it’s just a dumb internet rumor and [I’m] flabbergasted that people bought into it. Isn’t that so weird? It’s so dumb. And I look the exact same. On one hand, everyone is like, ‘Oh my god, you look the same,’ and on the other hand people are like, ‘Oh my god, she died.’

Rumors began to spread in 2011 that the singer had died. The rumors started after a Brazilian blog “Avril Está Morta,” which translates to ”Avril Is Dead,”  claimed Lavigne committed suicide in 2003 adding that the present Avril is not real as her lookalike named Melissa Vandella is the one acting like her.