Buba Galadima appearing on Channels TV program, The Verdict, disclosed that he remains a card-carrying member of the APC, despite being on the campaign team of the Peoples Democratic Party presidential candidate, Alhaji Atiku Abubakar.

The anchor of the program, Seun Okinbaloye introduced Buba Galadima as a member of the PDP. However, in a surprising turn of event, Galadima declared that he remains a member of the ruling APC, as he still leads a faction known as the Reformed APC (rAPC), while he is also one of the spokespersons 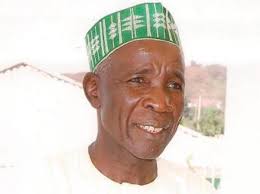 Atiku Abubakar is the next President of Nigeria, Insha Allah.

Nigerians are for us, irrespective of religion and tribe. If the elections are fair, Atiku will emerge the winner on February 23,” he said.