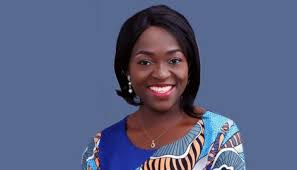 She listed 5 reasons why she is supporting Alhaji Atiku. 

I make bold to state unequivocally that I stand with Atiku under the PDP this time. I cannot defend PDP for giving us bad leadership from 1999 to 2015, yet I cannot help but blame the APC for doing a much worse job from 2015 to 2019.

So my people, having committed to always put Nigeria first, having gotten to know most of the candidates vying for the Presidency in 2019 one on one, having investigated most of them independently, and having seriously considered the inherent dangers in allowing the incompetence of President Buhari to continue, I choose to fight for the benefit of every Nigerian on the side of Atiku Abubakar, the candidate of PDP.

Her decision to step down adds to the list of presidential candidates, who have stepped down from running for the highest post in the land in 2019, such as Oby Ezekwesili and Donald Duke.