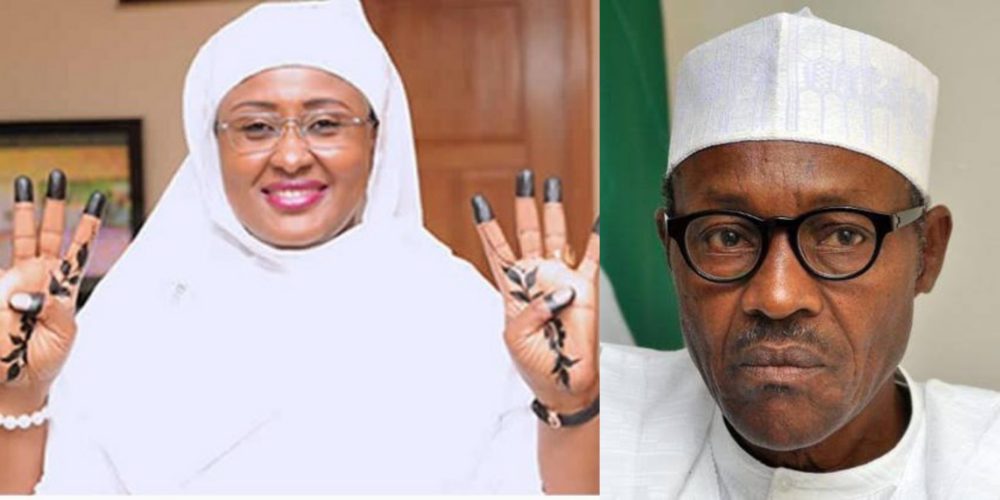 President Muhammadu Buhari sent shivers down the spines of riggers and ballot boxes hijackers, after he said he has instructed security forces including the army to take adequate measures to ensure that elections across the country, are free and fair.

The statement was made by the president during the national caucus meeting of his party, the All Progressives Congress, APC at the party’s national Secretariat in Abuja, on Monday.

“I really gave the military and police order to be ruthless… Anybody who thinks he has enough influence in his locality to lead a body of thugs to snatch ballot boxes or disturbs the voting system, will do so at the expense of his own life.”

While some have hailed Buhari on the message, it has however have been interpreted as, a call to anarchy by some quarters. While this is yet to be proven, wife of the president, Aisha Buhari, whips up a storm when she shared a video of the statement, and hailed her husband, in a rather controversial manner.

Sharing a video via Twitter, she wrote, This is GMB, (acronym for General Muhammadu Buhari), taking Nigeria to the next level.

This message has given some Nigerians serious concerns, because since Buhari was sworn in, in 2015, has always been addressed as President Muhammadu Buhari (PMB) and not General.

Why call him General Buhari? Could there be more to this message by Aisha, was she being sarcastic or plane honest?