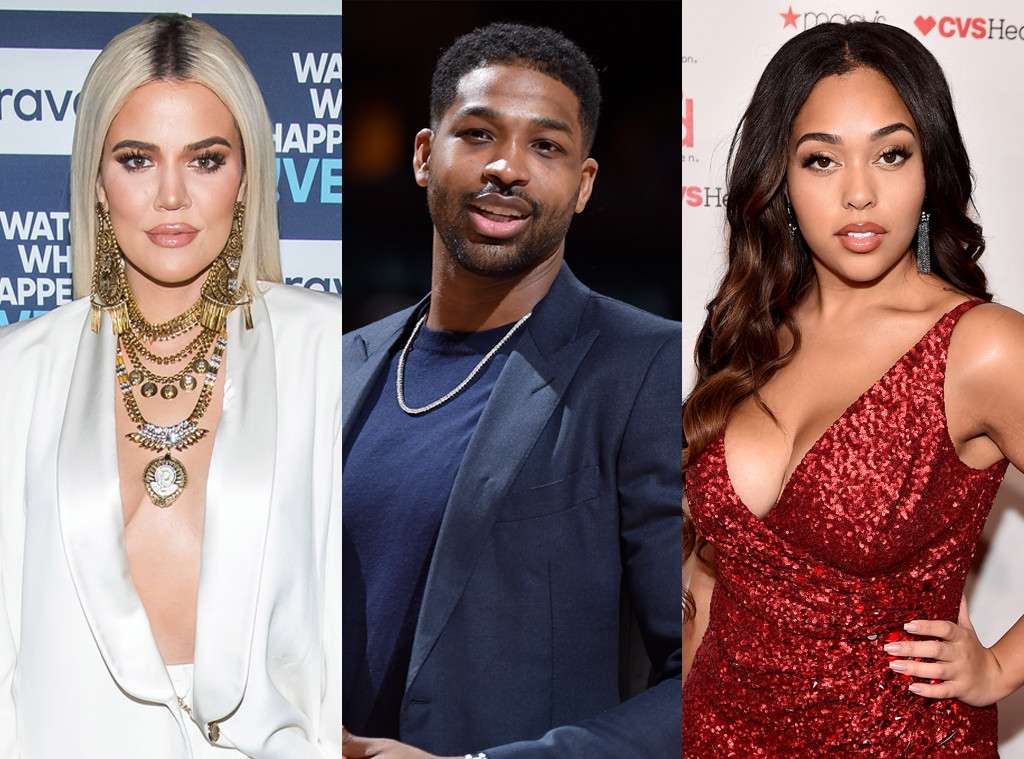 Tristan Thompson has again been caught cheating on his baby mama Khloe Kardashian and this time, he may have gone a bit too far.

The basketball star reporedly cheated on Khloe with Kylie Jenner’s bff Jordyn Woods and Khloe has CONFIRMED THIS.

According to reports, Tristan had organized a party asking that everyone attending do away with their phones.

He, however, was unaware one of the people who attended the party was a reporter who saw him and Woods getting cosy at the party.

Hollywood Unlocked took to IG to share a video fo a staff who attended the party and revealed what did go down at the party.

Khloe commented under the post with ‘loud it’ emojis confirming the news. 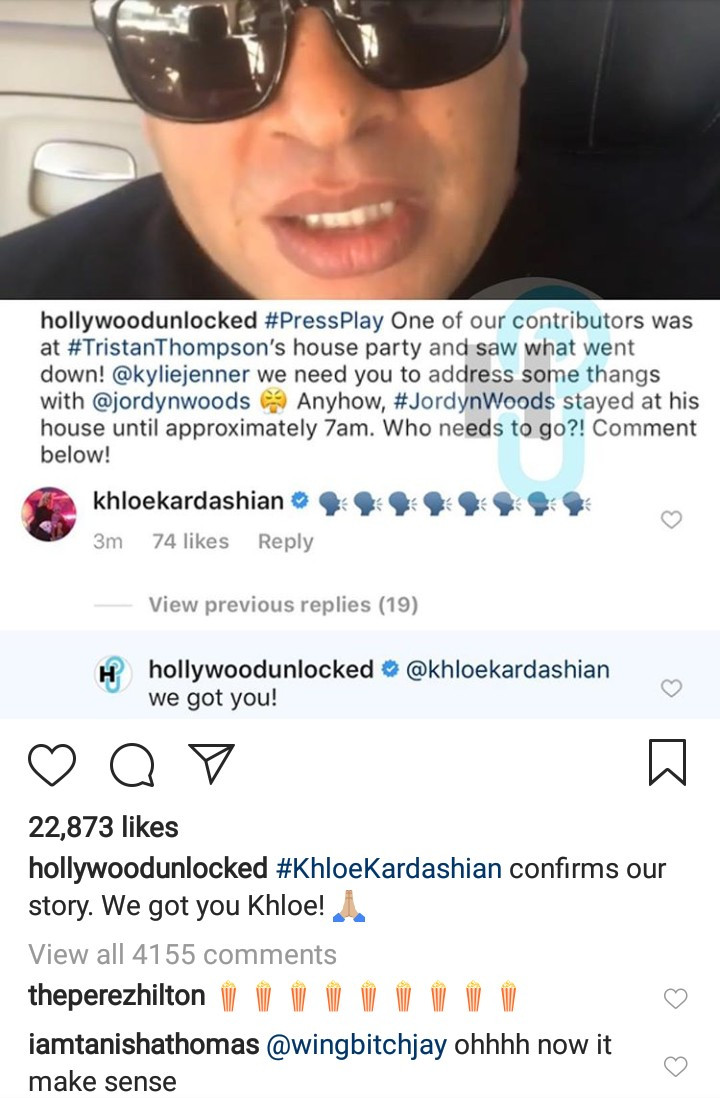 #PressPlay One of our contributors was at #TristanThompson’s house party and saw what went down! @kyliejenner we need you to address some thangs with @jordynwoods 😤 Anyhow, #JordynWoods stayed at his house until approximately 7am. Who needs to go?! Comment below!