The Presidential candidate of the Peoples Democratic Party, Alhaji Atiku Abubakar, cast his vote around 10:10 am at his polling unit in Ajiya Adamawa State.

After exercising his franchise, he was quizzed on the possibility of losing the election, and whether he was going to accept defeat, he responded, “I am a Democrat.” 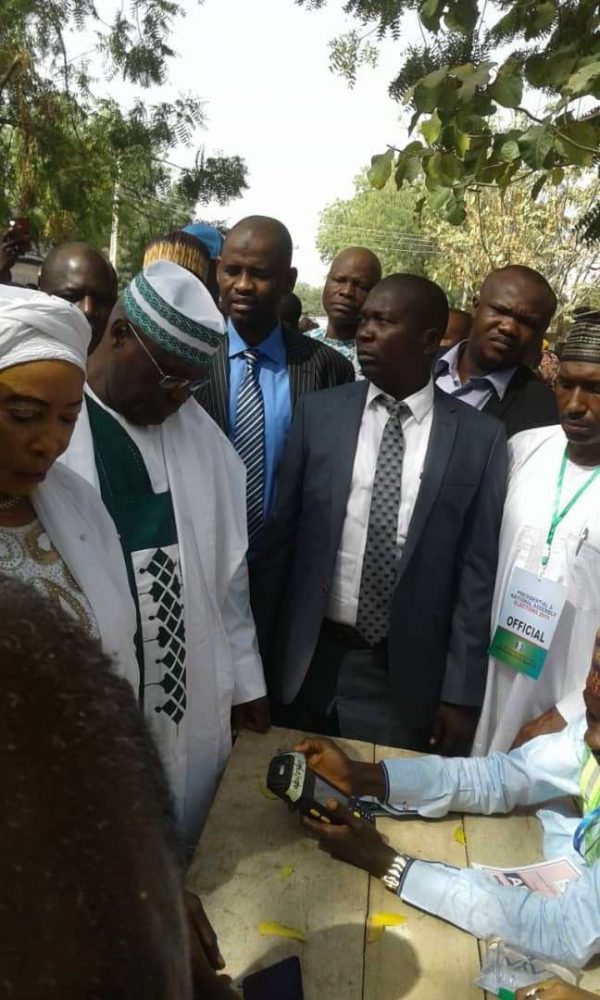