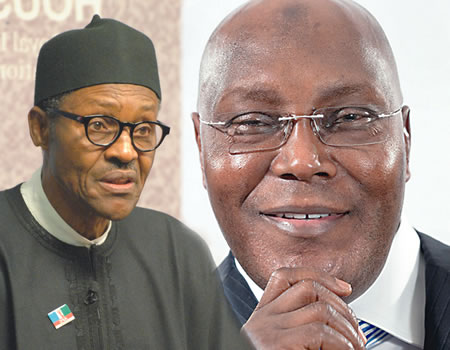 The Peoples Democratic Party,PDP has accused the ruling All Progressives Congress, APC of planning to use its members as electoral officers in the presidential election on February 23rd.

The opposition party said this, in a statement on Wednesday, signed by Kola Ologbondiyan, its national publicity secretary, wherein they stated their blunt refusal to this alleged plot.

After the widely condemned rigging machinations by the Buhari Presidency and APC that led to the painful postponement of the February 16 Presidential election, the fear stricken Buhari Presidency has launched a more ferocious plot with the INEC and security agencies, the party alleged.

PDP further raised allegations that the presidency’s of Muhammadu Buhari and the APC have been breathing down on the Chairman of the Independent National Electoral Commission, INEEC, Prof. Mahmood Yakubu, “in a desperate and feverish bid to consolidate their control of the operations of the commission and execute its rigging plot.”

See rest of the statement

At a meeting held in the APC situation room in the Presidential Villa last night, where Tunde Fashola, Hadiza Bala Usman, Mustapha Boss, etc, were in attendance, INEC RECs were directed to issue out result sheets to APC agents to falsify results for APC.

Also, the PDP has full details of how the Department of State Services (DSS) has been interfering with operations of critical departments of INEC, including the ICT department, to do APC bidding.

We alert Nigerians that the INEC Chairman has been intimidated with threat of ‘Onnoghen’s treatment’ to accept a list of APC members and agents and post them to serve as EOs in various states including Kano, Kaduna, Rivers, Bauchi, Akwa-Ibom, Zamfara, Benue, etc

These APC EOs have been briefed to ensure the diversion of sensitive electoral materials from designated polling centers, delay the accreditation process, so as to frustrate voters’ enthusiasm, compromise the collation process and announce fictitious results for Buhari

The APC stands with Nigerians in directly rejecting this latest arm-twisting of security agencies as well as the nefarious plots to use APC members as INEC Election Officers.

The PDP therefore cautions INEC to immediately end its back channel links and disentangle itself from the Buhari Presidency or risk being on collusion course with the Nigerian people.