#NigeriaDecides: Why recruit thugs, when victory is near – Atiku fires at APC 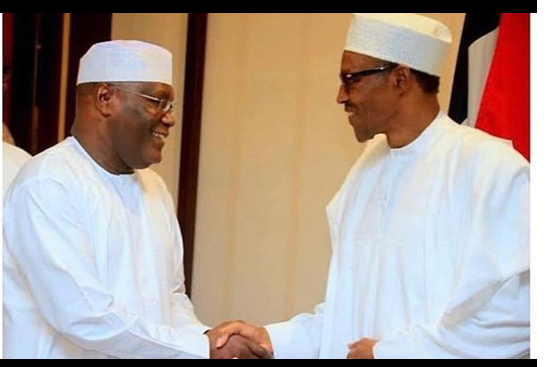 Atiku Abubakar, presidential candidate of the Peoples Democratic Party (PDP), has dismissed allegations by the All Progressives Congress, APC campaign organization that he has recruited thugs.

In a statement via his spokesman, Phrank Shaibu, the former vice-president asked why PDP would recruit thugs when it is very clear that victory is theirs, as results continue to pour in, from yesterday’s presidential elections.

Atiku, who hailed  PDP supporters who “conducted themselves so peacefully despite the significant provocations and threats of violence,” asked APC to rather call the “wilder elements ”, among them to order.

See part of statement below

“General Buhari you have promised our people and the world that you would conduct ‘free, fair and credible elections’ so please call off the wilder elements within your party and deliver on your promise.”

“I am familiar with how brazen and the complete lack of shame the APC can exhibit, but even I was shocked to witness just how low they went last night by accusing the PDP of ‘recruiting armed thugs’ to do just that. Why would we want to do that when we are winning?”