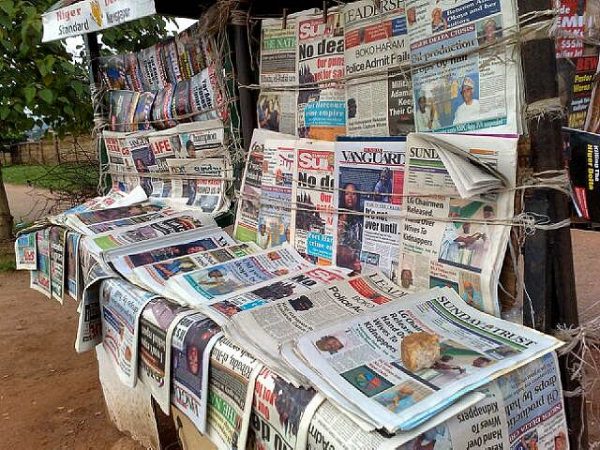 Rivers State Governor, Nyesom Ezenwo Wike has stated that the unsolicited defence of the killer General Officer Commanding (GOC) 6 Division of the Nigerian Army by the Minister of Transportation, Chibuike Rotimi Amaechi may not be unconnected to amorous links to the wives of officers.

A lawmaker in Benue, Mr Joseph Boko, representing Kwande West state constituency, who completed his defection from the All Progressives Congress (APC) to the Peoples Democratic Party (PDP) at a grand rally in Adikpo, on Thursday said he would work for the party’s victory at the polls.

I’m Scared By The Thought Of Failure – Bakut

My name is Augustina Kuyet Bakut a native of Kaduna State, Zango-Kataf local government area. I am an Atyap by tribe. I was born to the family of Engr. Damina Bakut and Mrs. Florence Bakut on 2nd August, 1990 at Gusau, Sokoto State

President Muhammadu Buhari described as wicked, dangerous, deceptive and ungodly the allegations that his administration has an agenda to impose Islam on Nigeria.

A chieftain of the All Progressives Congress (APC) in the South-South zone, Eze Chukwuemeka Eze, has asked the Chairman of the Independent National Electoral Commission (INEC), Prof. Mahmood Yakubu, to stop doing the bidding of Rivers State Governor, Nyesom Wike, on Rivers APC candidacy for this year’s general elections

The Independent National Electoral Commission (INEC) has restored the All Progressives Congress (APC) to the ballot for National Assembly, Governorship and State House of Assembly elections in Zamfara.