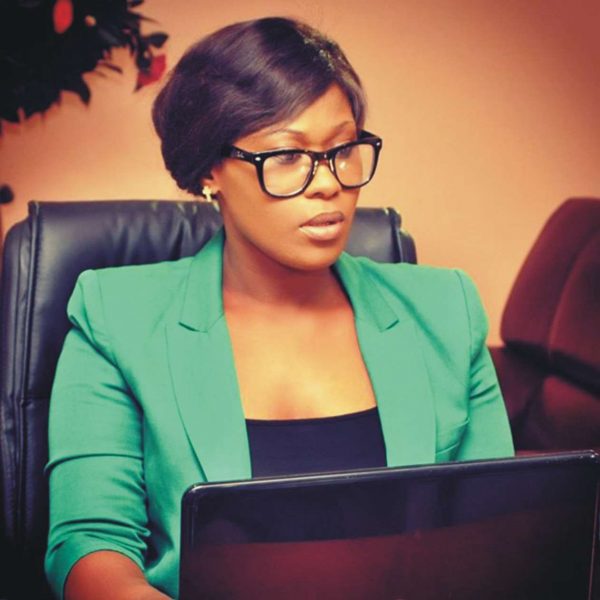 Nollywood actress, Uche Rodriguez Jombo, has called on Constituted authorities to insert a clause in the nation’s constitution that would prevent former Governors from contesting the Senatorial elections.

The talented actress who spoke via her Instagram page said most Governors see it as a retirement plan after spending 8 years in the state house. 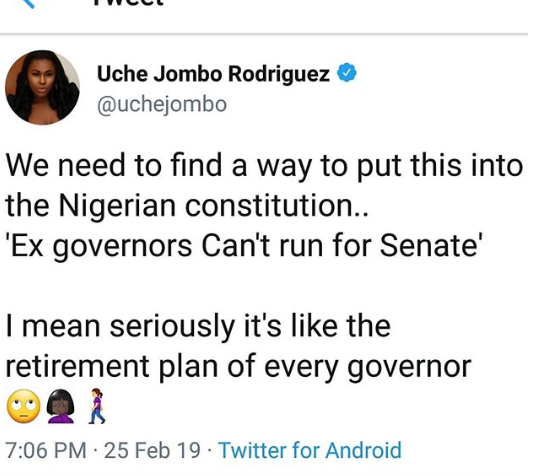