Home Politics Peace Accord broken by APC, our members are being arrested over flimsy...
Facebook
Twitter
WhatsApp 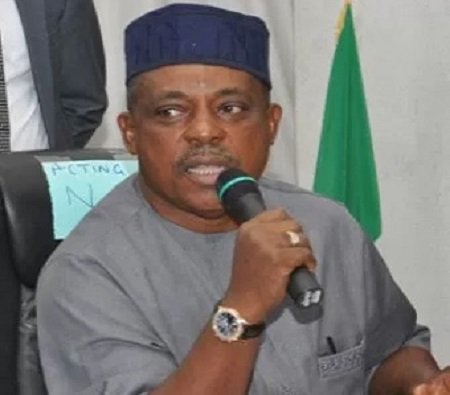 National chairman of the Peoples Democratic Party, PDP, Prince Uche Secondus has said that the federal government and the All Progressives Congress, APC have declared war on his members nationally.

Secondus said this in a statement signed by him on Friday, only a few hours to the commencement of the presidential and national assembly election, holding across the country.

The statement reads further: The peace accord signed by the two front-line Presidential candidates, Buhari of the All Progressives Congress, APC and Atiku of the PDP is virtually dead.

All the terms of the agreement for peace has been broken by the ruling APC, who has deployed military and the Police operatives to arrest and detain PDP leaders across the country, statement continued.

The party expects the Peace Committee and the international community to note the declaration of war on PDP leaders across the country by over zealous security operatives specially raised for this purpose as they operate in violation of the peace accord.

The APC and President Buhari are not disposed for the peace as they have flagrantly violated the terms of the agreement.

Mr Secondus also mentioned that his party men in Rivers state, are being harassed and arrested over ‘flimsy excuses.’

See remaining part of statement below

Reports reaching me from Kwara, Akwa Ibom, Rivers, Kano, Kaduna and other states show that PDP leaders are being harassed with arrest and detention by security operatives on flimsy reasons.

While APC is using Nigerian Army and Police personnel to chase PDP leaders across the country, they continue to give protection to APC leaders as they ferry money and election materials to various locations.

Private jets belonging to APC leader in Lagos have been stationed at the airports protected by government operatives as money is being moved from the Central bank of Nigeria, Central Bank to states.

The General Abdulsalami Abubakar led peace committee should take copious notice of all the happenings and note that APC and President Buhari are not disposed to any peace accord.