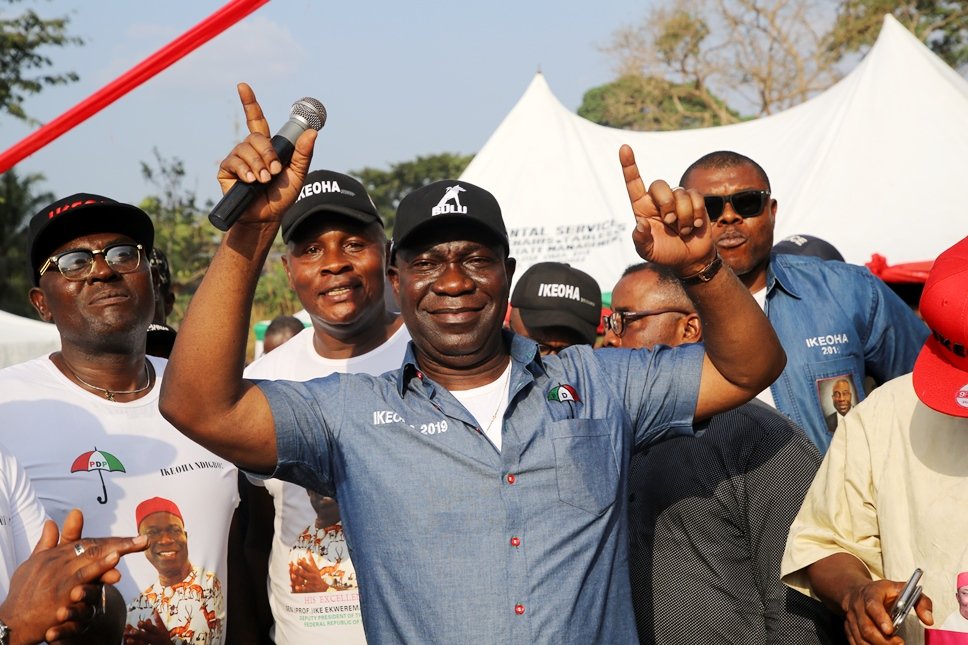 Deputy Senate President, Ike Ekweremadu, of the Peoples Democratic Party(PDP) would be returning to the upper Chambers after defeating his closest opponent in a landslide victory.

Ekweremadu is now poised for a return to the Senate for a fifth time after scoring an impressive 86 088 votes to beat Mrs. Juliet Ibekaku-Nwagwu of the All Progressives Congress (APC) who scored 15,187 votes. He would now go on to represent Enugu West Senatorial district in the upper chambers without his boss, Bukola Saraki, who lost his re-election to APC candidate in his constituency.

The elated lawmaker then took to his twitter handle after the declaration to share that he would not take his victory for granted.

I was again returned in a landslide victory by the people of Enugu West. I polled a total of 86,088 votes to beat my closest rival, Mrs. Ibekaku-Nwagwu, of APC, who polled 15,187 votes. I’m not taking this for granted. I indeed feel very humbled and I give all the glory to God. pic.twitter.com/1iHCUahSCx