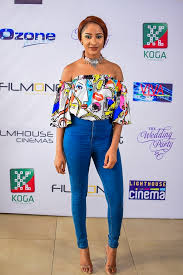 Adesuwa whose husband, Banky W, is in the race for the house of Representatives(Eti Osa constituency) seat under Modern Democratic Party(MDP) added that she hopes that the postponement would ignite Nigerians more than ever to troupe out in mass to vote on the said date.

The Presidential and National Assembly elections which  were earlier scheduled to hold on February 16  have been postponed to 23rd of February  while that of Governorship and State House of Assembly  expected to hold on March 2 postponed to  March 9th.

I hope this annoys people enough to come out to vote on the 23rd of February and 9th of march. I hope this postponement lights a fire in their souls and makes them see…more than ever…that we must take our nation back.