Following the launch of the Ibom Air by the Akwa Ibom State Government, Nigerians have taken to social media to question the government of the APC on the whereabouts of the supposed national carrier.

In July 2018, the Federal Government of Nigeria unveiled the logo for a national carrier. However, despite the fanfare attached to the launch of the logo, the proposal was suspended in September 2018. 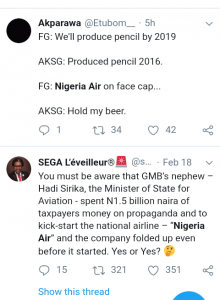 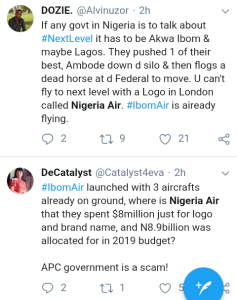 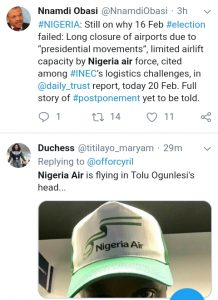 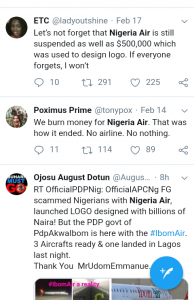