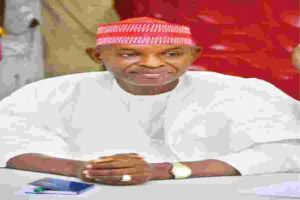 Abba Kabir Yusuf, the governorship candidate of the Peoples Democratic Party,PDP in Kano state has raised the alarm that many polling units are under siege by thugs of the ruling party.

The PDP candidate speaking on Saturday afternoon as the supplementary election is ongoing in many states, revealed further that thugs of the All Progressive Congress, APC, have stabbed and chased away many of their agents.

He notes also that there have been too many cases of massive rigging, ballot snatching and voters intimidation, in the ongoing supplementary polls in the northern state.

His words: Several election reports confirmed 90% of the polling units in the #KanoRerun are disrupted by APC thugs.

Many of our agents were stabbed or chased away from the stations. The situation is life threatening. We observed massive rigging, ballot snatching and voters intimidation.

Abba Kabir is the major contender of Umar Abdullahi Gamduje, incumbent Governor and candidate of the APC, for the number one seat in the state.