The All Progresives Congress (APC) candidate and incumbent Governor of Adamawa State, Jubril Bindow is about to lose his re-election bid.

APC trailed with more than 30,000 votes before the re-run election. However, the election was declared inconclusive as a result of 42,000 cancelled votes.

However, as the results from polling units from the re-run election trickle in, the gap between the APC and PDP has been increased. 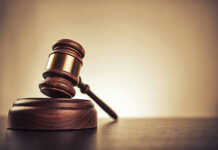