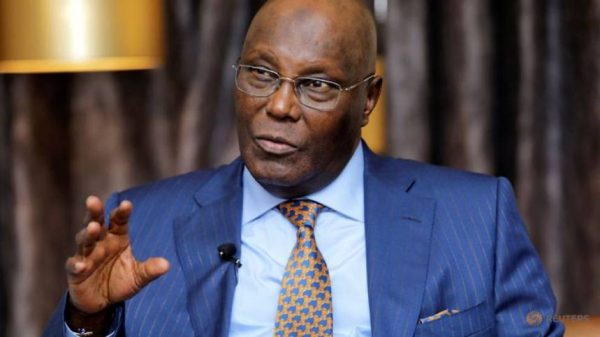 The Peoples Democratic Party(PDP) presidential candidate during the February 23rd Presidential poll, Alhaji Atiku Abubakar, has reacted to his party’s victory at the supplementary poll in his home town, Adamawa.

Speaking via his Twitter handle, the Waziri of Adamawa congratulated the new governor-elect, Ahmadu Fintiri, on his victory at the governorship poll.

Fintiri of PDP defeated the incumbent and All Progressive Governorship candidate, Jibrilla Bindow, by a landslide victory.

Congratulations to the man of our people, Governor-Elect Ahmadu Fintiri. The hope that our people in Adamawa repose in you is well placed and I look forward to working with you to make our state great again. -AA #AdamawaDecides pic.twitter.com/p2pQcczkKg