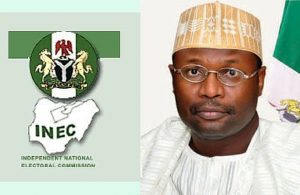 The Independent National Electoral Commission, INEC have suspended in election in Azendeshi ward in Benue.

The suspension was announced by the state’s Resident Electoral Commissioner (REC), Nentawe Yilwatda because of the attack and destruction of election materials by suspected thugs.

As a result, many votes have fled the area, of feared of being attacked.

Meanwhile some vehicles carrying election materials to the polling unit were early on Saturday, attacked – Leaving some people including INEC officials and party agents injured.

The major contenders are incumbent governor, Samuel Ortom of the PDP, who initially scored 410,576 votes, and Emmanuel Jime of the APC who had scored 329,022 votes before INEC declared the polls inconclusive.

Benue states along 5 other states have supplementary polls today.