According to reports, a three-storey building has collapsed in Kakawa street, Lagos Island on Monday.

According to a resident of the street, no one was trapped because the building was marked for demolition and occupants since vacated.

The collapsed structure, however, affected a bungalow with three occupants.

This is the second building collapse in Lagos in less than two weeks. 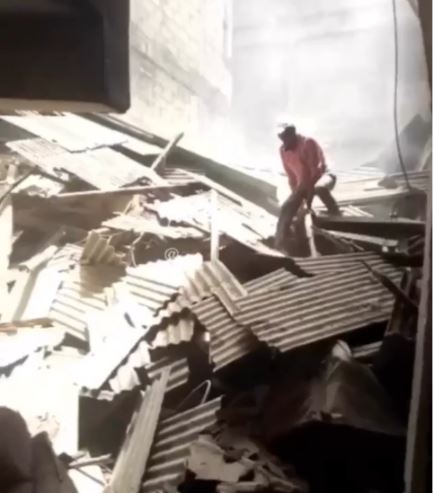