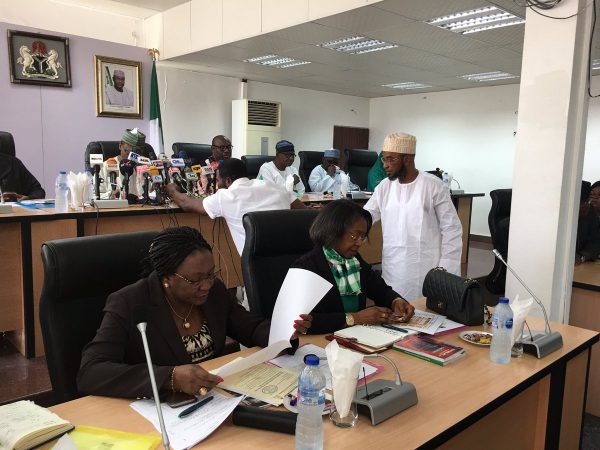 Peoples Democratic Party(PDP) governorship candidate and incumbent governor of Sokoto, Aminu Tambuwal, although leads his closest opponent, Mr. Ahmed Aliyu, of All Progressive Congress(APC) with over three thousand votes during the March 9th polls before the election was declared inconclusive, results which has been declared from yesterday’s re-run has cut his lead down to a little bit over two thousand votes.

INEC has postponed the collation of the result to 9.am today with just one local government remaining.

The good news for him is that of all the local government results announced, none has had a margin of up to 2,000 votes.