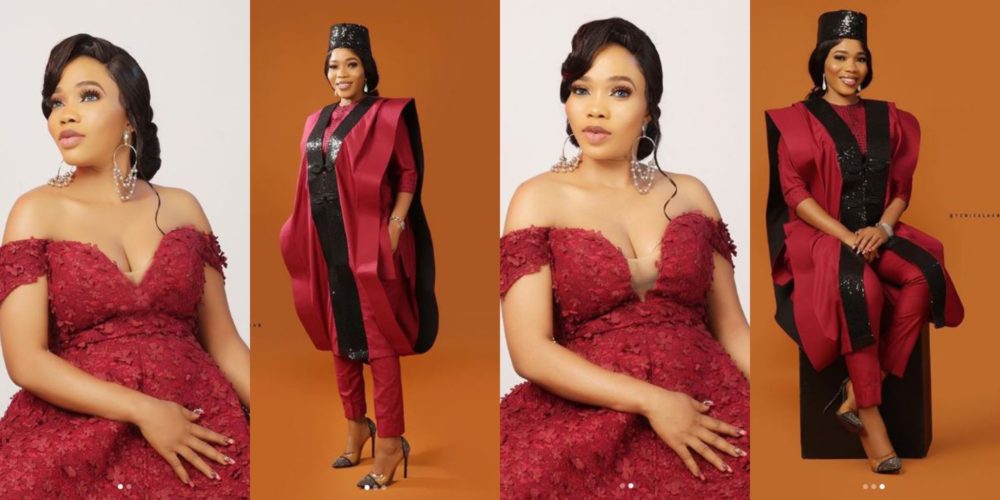 Yesterday, we reported the story of actress Bukola Adeeyo, snatching her baby daddy from his wife. The young man’s name was given as Lasben, if you missed the story, read here.

In a new social media pos, Adeeyo has responded to the rumours saying she did not snatch anyone’s husband.

”My attention has been drawn to various fiction written about my private life. My first instinct is to ignore the various rumors and outright falsehood but due to ther persistent repetition of the lies,  decided to set the records straight.

Firstly I am not a baby mama and I didn’t snatch any married man. 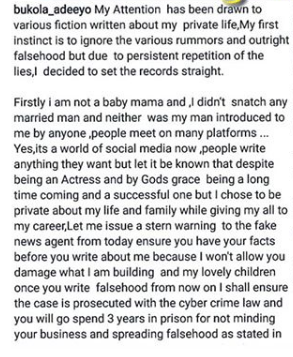 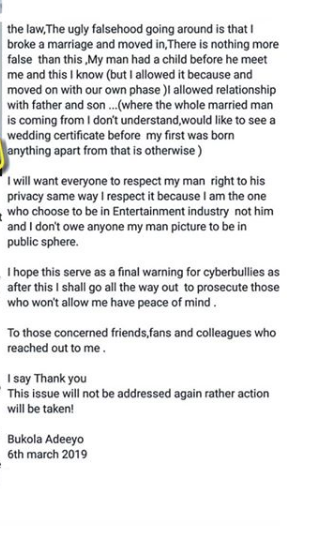