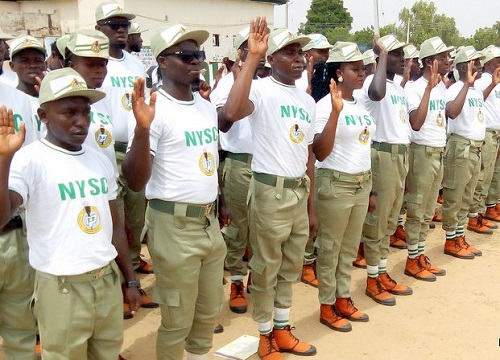 Two members of the National Youth Service Corps, NYSC was on Thursday, gruesomely killed by cultists in Yenagoa, Bayelsa State, while on a robbery operation, with one grappling with his life in Intensive Care Unit.

The residence of the corps along the School Road in Swali, were reportedly attacked by the armed robbers, shooting three of them but two of the victims were confirmed dead at the Federal Medical Centre (FMC) Yenagoa.

The third corper is said to be fatally  injured in ICU.

According to reports, the activities of the robbers have become intense, occurring frequently, with security personnel unable to do anything.

Frustrated residents of the small town  Yenagoa have expressed their sadness and pains at being at the mercy of armed robbers and cultists, who do to them, what the will, according to the Nation.

It is also important to note that Yenegoa has headquarters of the 16th Brigade of the Nigerian Army, Central Naval Command of the Nigerian Navy, Mobility Command of the Airforce, Nigeria Security and Civil Defence Corps (NSCDC), the Joint Task Force, Operation Delta Safe (ODS), the police, the DSS and other security agencies, lawlessness is the other of the day.

Popoola was said to have been instantly killed, Onokpoma died at the FMC and Gbenga  is battling for his life in the hospital.

He said: “We heard gunshots from the direction of the corps members’ room.

‘’One of the attacked corps members was heard screaming repeatedly and asking what was their crime. Another gunshot sounded and there was silence,” a neighbour said.

“We are saddened by this incident. The deceased corps members were quiet and easy-going individuals.

‘’They hardly kept late night. They were always sitting at their doorpost whenever there was power outage,” another neighbour said.