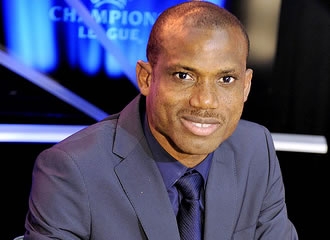 Ronaldo, who is getting all the accolades from around the world,  scored a hat-trick in his side’s match against Atletico Madrid, making the argument about who is the greatest between, him and Barcelona’s Lionel Messi, even harder.

Oliseh speaking via his twitter handle on Wednesday morning described Ronaldo as an “Alien” of a footballer and an unbelievable, 34year-old.

He wrote: Are there still worthy superlatives to qualify this “Alien” of a footballer in Cristiano Ronaldo? Juventus qualifies thanks to his 3 goals and exceptionally well-prepared teamwork vs A. Madrid. CR7 is Unbelievable. 34 years old & still arguably the world’s best? Phenomenal !!!