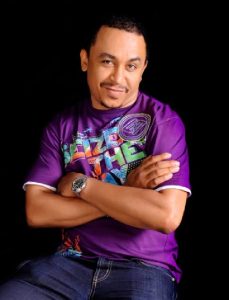 Controversial On-Air Personality, Daddy Freeze, has replied Church of Satan for saying his view on marital vow might be his own way of making excuse for his failed marriage.

Daddy Freeze whose initial comment that ”marital vow is Satanic” sparked the comment from the Church of Satan went on to fire back at the controversial church by saying that ”Satan, who is the god of the earth has blinded their minds from believing”.

When the church of ‘god’ and the church of Satan agree against Daddy Freeze on issues one bible verse comes to mind! ~FRZ – ◄ 2 Corinthians 4:4 ► New Living Translation Satan, who is the god of this world, has blinded the minds of those who don't believe. They are unable to see the glorious light of the Good News. They don't understand this message about the glory of Christ, who is the exact likeness of God.