The Fall crooner has taken to his Instastories to out a music video director who at one point in time referred to him as being ‘talentless.’

Sharing screenshots of their conversation, the director can be seen begging that Davido gives him one chance to prove himself as music video director to him but the DMW boss called him out instead. 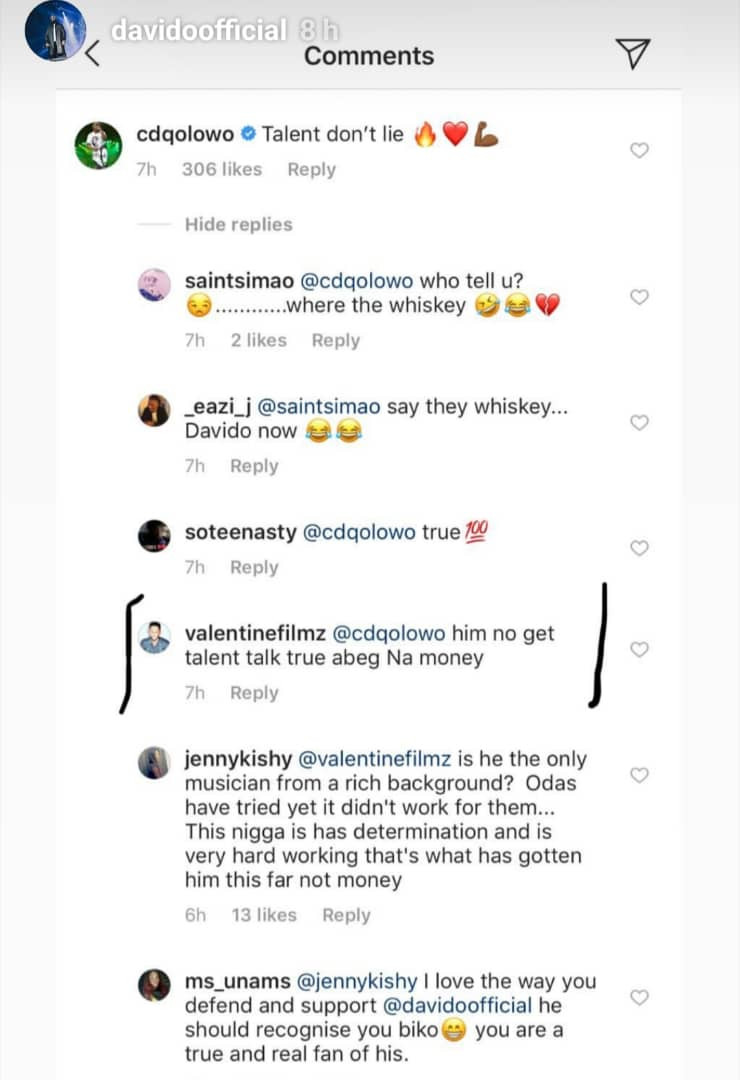 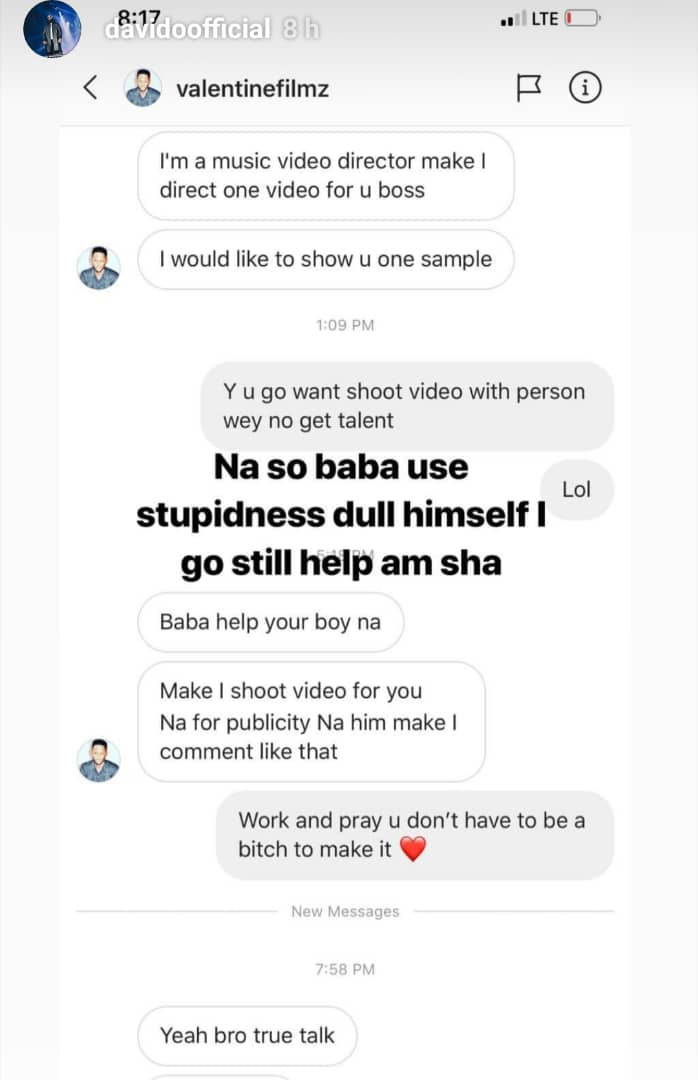