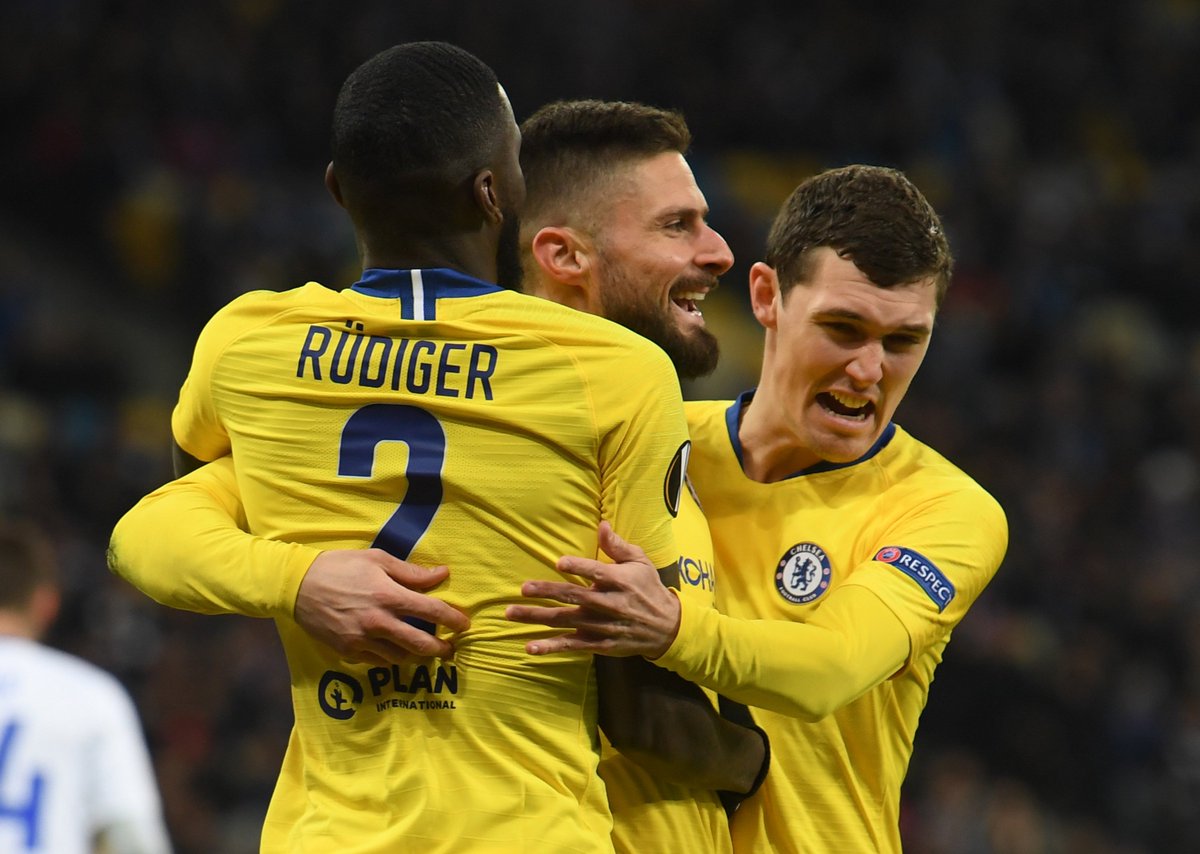 Chelsea has secured passage to the Quarterfinals of the ongoing Europa league tournament after leading Dynamo Kiev 3-0 at half time to take the aggregate score to six un-replied goals. France International, Oliver Giroud who scored a first-half brace is also on course to become the highest goal scorer in this year’s edition of the tournament.

He has equally scored eight goals in his last seven Europa League appearances, something no other player has scored in the competition this season.