President Muhammad Buhari has promised that all the wrongs that were done during the presidential and National Assembly elections would be addressed.

President Buhari was represented at a town hall meeting in Akwa Ibom by Vice President Yemi Osibanjo. He said;

“It is not possible that Senator Godswill Akpabiohas lost. We are in no doubt that Senator Akpabio is the elected senator of Akwa Ibom North West senatorial district. I and Adams Oshiomhole, the National Chairman of party have been in the opposition for long and we cannot be defeated anymore.

“Everyone of you should go out to vote on Saturday and defend your votes; we cannot be cheated; not only you but tell your neighbors to vote for Obong Nsima Ekere and all APC candidates. Wait for your votes to be counted. It is the duty of the Federal government to provide security and we will do that. We will recover every one of our votes,” Buhari said.

National chairman of APC, Comrade Adams Oshiomole also urged Akwa Ibomites to remain committed and steadfast and deliver the state for APC during the governorship and national assembly election. 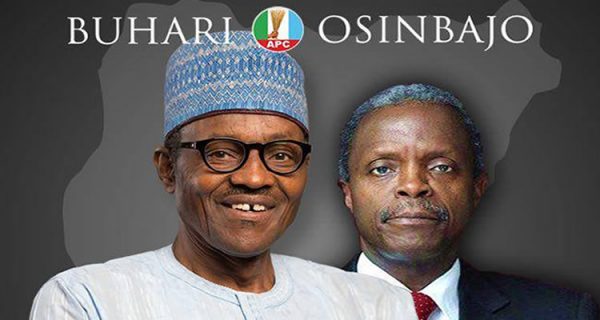