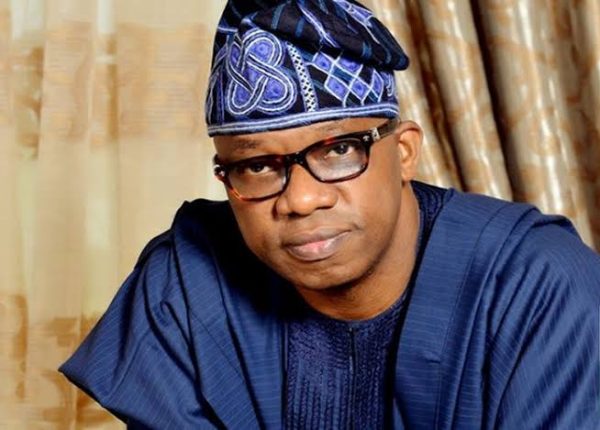 A former Governor of Ogun state, and spokesperson of Atiku Abubakar’s presidential campaign organization, Otunba Gbenga has joined forces with Dapo Abiodun, governorship candidate of the All Progressives Congress, APC in Ogun.

Speaking to his supporters in the state earlier today, the former governor said ” I have directed all our Structures statewide to cast all their votes on Saturday for Dapo Abiodun, a bona fide Remo son despite current party differences.”

Meanwhile, Dapo Abiodun has won the case challenging his eligibility to contest for the office of governor without a National Youth Service Corps,NYSC Certificate. However, Adeniyi Of the FCT High Court, while dismissing the case said NYSC certificate is not a constitutional requirement for electoral office.

On Daniels endorsement, Nigerians have welcomed it with mixed feelings. Taking to social media on Thursday, soon after reports that the former governor has thrown his full weight behind the APC candidate, they had the following to say:

Dapo Abiodun paid his dues and supported these people including Amosun

At least Dapo Abiodun is going to open up Gbenga Daniel's hotel for him. Amosun's rule has ended. Good riddance!

See who is now supporting Dapo Abiodun of APC… Gbenga Daniel, DG Atiku campaign… I guess he is paying back the support Dapo Abiodun rendered him too in 2002. He is not like the ungrateful pyramid cap man, Amosun that is repaying evil for Dapo's favour in 2011.

Gbenga Daniel, a former Governor of Ogun State and DG of the Atiku Abubakar presidential campaign organisation,has directed the supporters of the PDP in Ogun State,to vote for Dapo Abiodun,governorship candidate of the APC in Ogun State.

This climate change is real

Otunba Gbenga Daniel declares support for Prince Dapo Abiodun. By now, I think we should have started congratulating the incoming governor of Ogun State.